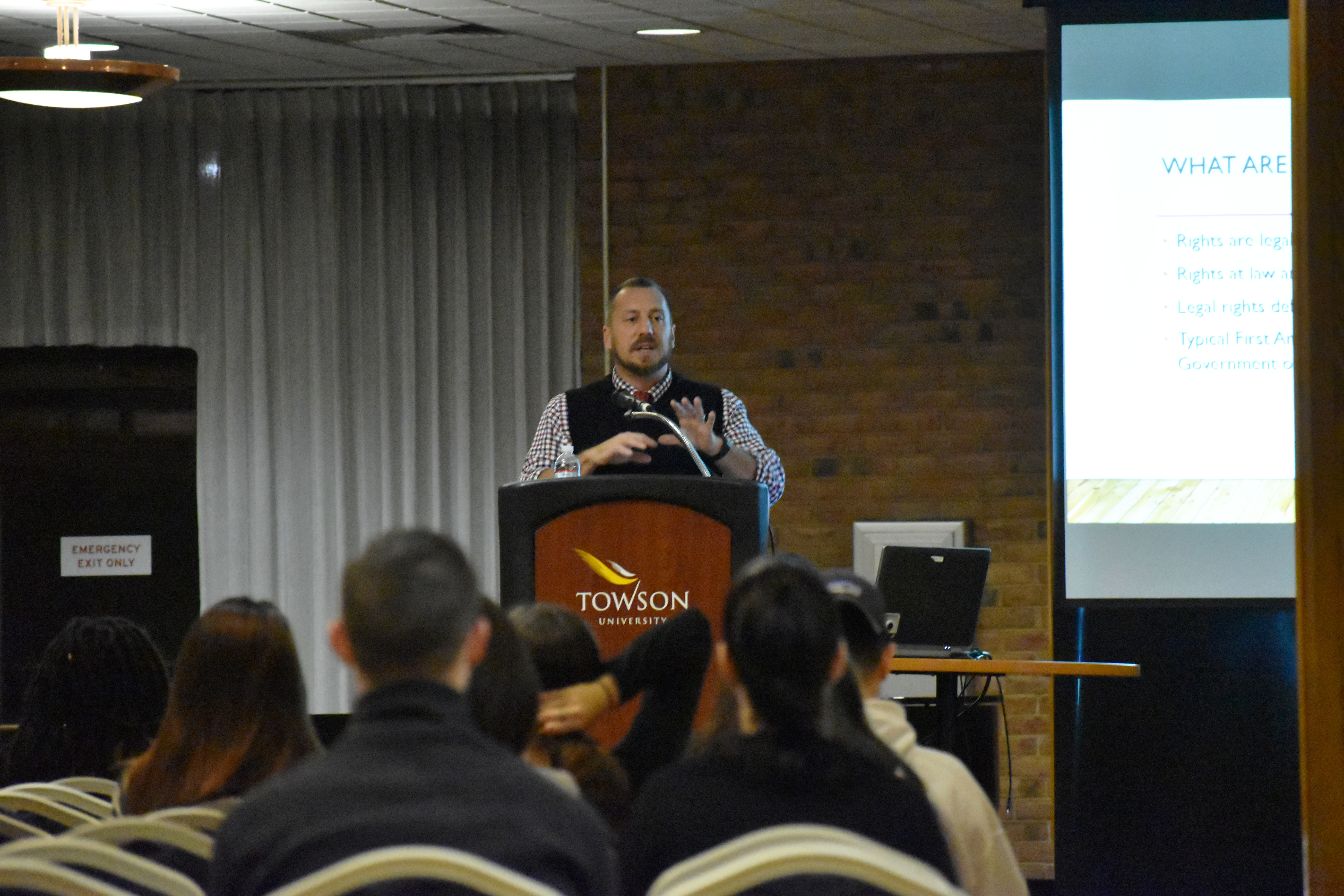 Colin Starger, associate professor of law and the co-director of the pretrial justice clinic at the University of Baltimore School of Law, distinguished between legal rights and the application of those rights in the real world during a lecture on freedom of speech Oct. 19.

The Department of Mass Communication and Communication Studies sponsored the lecture, entitled “Know Your Rights: A workshop for organizers, reporters and witnesses of public activism,” as part of their second annual media and culture lecture series.

“The idea for this event [came when] we noticed a lot of interest from students about activism,” associate professor of journalism Stacy Spaulding said. “And there’s a lot more activist events being planned, and we wanted students to have a good grounding of what they have the right to do.”

Starger’s lecture centered on the First Amendment, what it can and cannot protect citizens from, and when it can be invoked as a defense.

Starger defined a right as a “legally enforceable claim of defense to claims brought at law.”

“Essentially, rights at law are different from rights in the street,” Starger said.

Starger used an example of filming the police when an incident occurs. Citizens may have a legal right to film the police under the First Amendment, but if an officer decides to arrest someone for filming what he or she may be doing, that person’s legal right may not be enough to stop the officer from detaining them.

The First Amendment only acts as a defense for the person after the fact to get the charges dropped. In this case, the person’s First Amendment right would be used as a defense against the state, but not as a preventative action. It can also be used in other situations, such as lawsuits for libel or defamation, according to Starger.

“I was actually pretty shocked at some of the things he was saying,” sophomore Jada Bruce said. “And I feel like a lot of reporters and journalists, like other people are kind of misinformed or don’t understand that we do have more rights than we think we do.”

For Starger, it is important for people to attend lectures like his because he wants to help people understand the technicalities behind free speech.

“I hope that we can elevate our discourse and think of ways to speak with each other,” he said. “And disagree with each other in an informed way; and I think a talk like this helps, hopefully, if I did it right [it] helps you understand the role the law plays in arguments about free speech and its limits.” 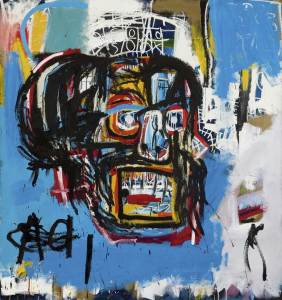 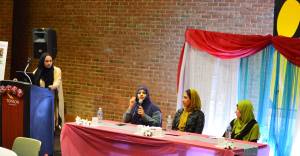