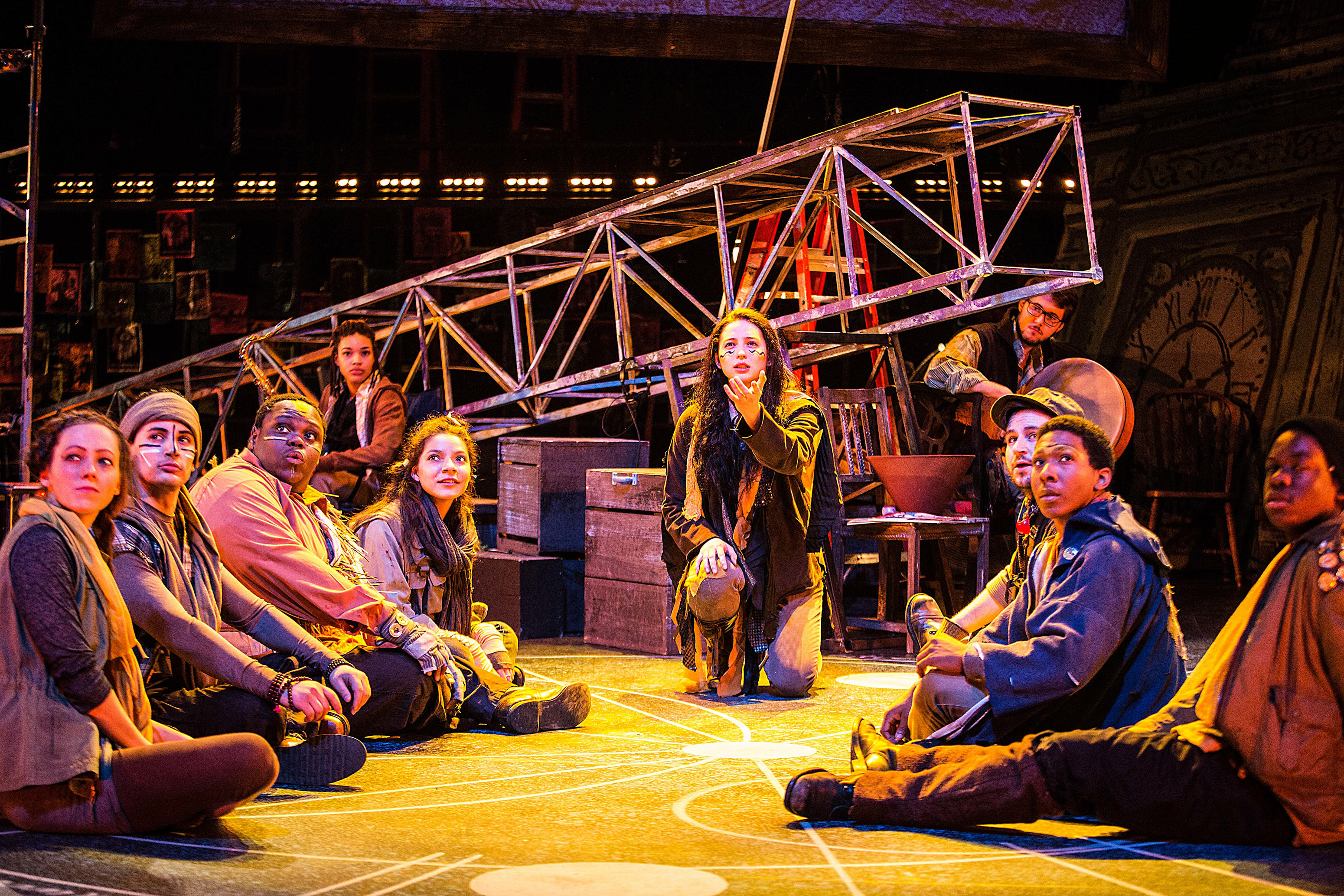 As you glance across a fog-layered room, the dystopian world of “Dance on Bones” is cryptic and vacant.

“Jazz is Not Dead” is plastered on the sign above the stage that’s cluttered with an old piece of scaffolding, trash, old dolls, half a wooden horse and a plethora of old instruments.

Last Thursday, on the Mainstage Theatre in the Center for the Arts, “Dance on Bones” conveyed an important message about the universal language of jazz and the need for environmental responsibility.

Associate professor, and writer of “Dance on Bones,” Dave White, wanted to create a piece that would draw attention to climate change while also incorporating his love of music.

“I wanted to get across the possible outcome of what could happen to this world if we don’t take care of it,” White said. “I also wanted something that would tell that story in a bit of a scattered and multi-dimensional way.”

White drew inspiration from events that happened in Russia over 50 years ago.

“During the 1950s, there was a ban on records in Russia,” White said. “Music brought people together and the USSR didn’t want that. The Russians wanted a way to listen to music despite the ban and so ‘bone music’ evolved.”

Bone music, White said, is when bootleg recordings of music would get pressed on discarded X-rays.

Students came out to watch this multi-media piece for any one of it’s art, dance, music and film components, while feeling the heaviness of underlying issues in a universe struck by Armageddon.

“I came out because I had to for one of my theatre classes, but I’m actually really glad I did because this wasn’t what I thought it was going to be, at all,” junior elementary education major Megan Siebeneichen said. “The dancing was awesome and I like how it had sections of video.”

White’s writing style for “Dance on Bones” was meant to give the actors creative liberty and do with the piece as they please. It was important that the performers be able to see the piece as what it means to them.

“Giving these students the ability to see this piece as they interpret it has been amazing,” White said. “It has turned this show into more than something abstract. Without them, we wouldn’t be able to show students how important it is to just be mindful. Pick up after yourself. Care about your neighbor. Keep music alive.”

Written in multiple parts, the slight disconnect between scenes was no accident and added to the intensity of the message.

“I wrote this on my grandmother’s type writer,” White said. “I was hoping to show the stop and go of writing of a machine like that. Type writers make you lose temporary focus and I wanted that thought process to come through in my writing.”

As the fog faded, students left the theater in an excited and moved murmur.

“I think what made it so interesting was that the singing was haunting,” junior nursing major Sara Van Jones said. “The hesitance between lines added a lot.”