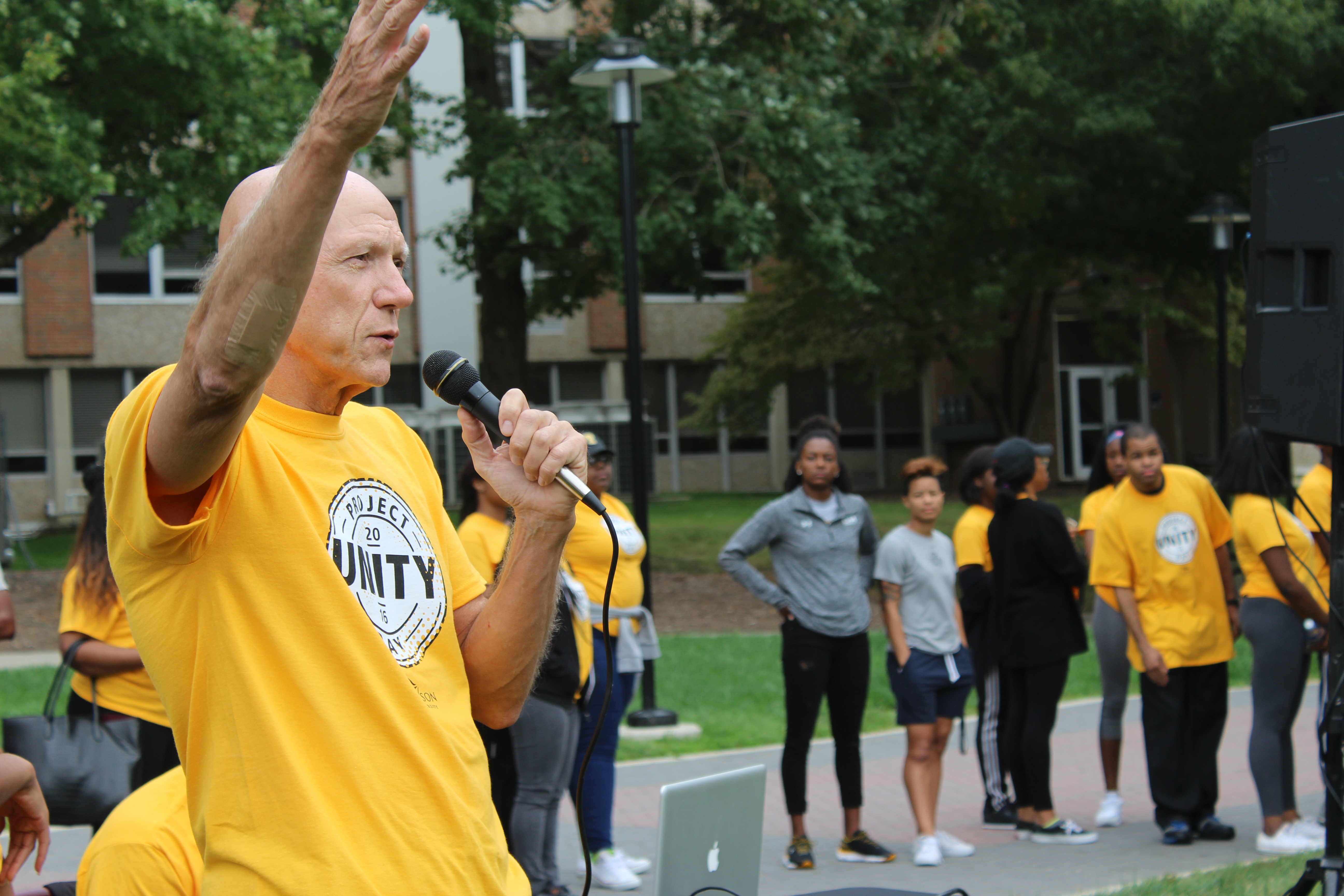 A multitude of campus organizations met up with University Police and other community members Sunday, Sept. 25, for a day devoted to building relationships amid current societal tensions.

“It’s important for us to come together [after] seeing problems happening every day,” sophomore and African Diaspora Club Historian Bri Teafoe said. “We can count on each other as a campus family.”

The event kicked off with a speech by TUPD Chief Bernie Gerst, which led into several hours of food and activities. There was face painting, limbo, basketball, kickball, arts and crafts and a “Dunk the Chief” game, where all proceeds went toward the Special Olympics.

The main goal for upcoming years is to get more of the outside community to attend and at least one other school, according to Conley.

“It provides the opportunity for police and students to see each other without the barrier of the uniform,” Gerst said. “We can never stop improving. The population here changes, the students that are here now won’t be here in two years. We need to do this every year.”

“It’s important that in this day and age that with all of the social issues we are confronted with that now more than ever people of diverse backgrounds can come together to create a better society,” he said.

Baysmore’s main focus is working with youth, colleges and seniors to help build bridges so that everyone is working for the greater good. With the problems currently playing out in society, this is also the main goal of Project Unity Day.

“With everything going on, police brutality, race relations and the power structure in this county, if we don’t have the power to fix it right now, this is a good way to start,” Conley said.

Baysmore expressed his gratitude to all members of the Towson community who are taking steps to make everyone feel included.

“Any opportunity to engage with the community and do something small is important,” senior and Hope For Guinea member Jordan Ogbonna said. “Towson and the greater Towson area can come and get to know the police and police get to know their community so that when the time comes police will know who they’re policing.”