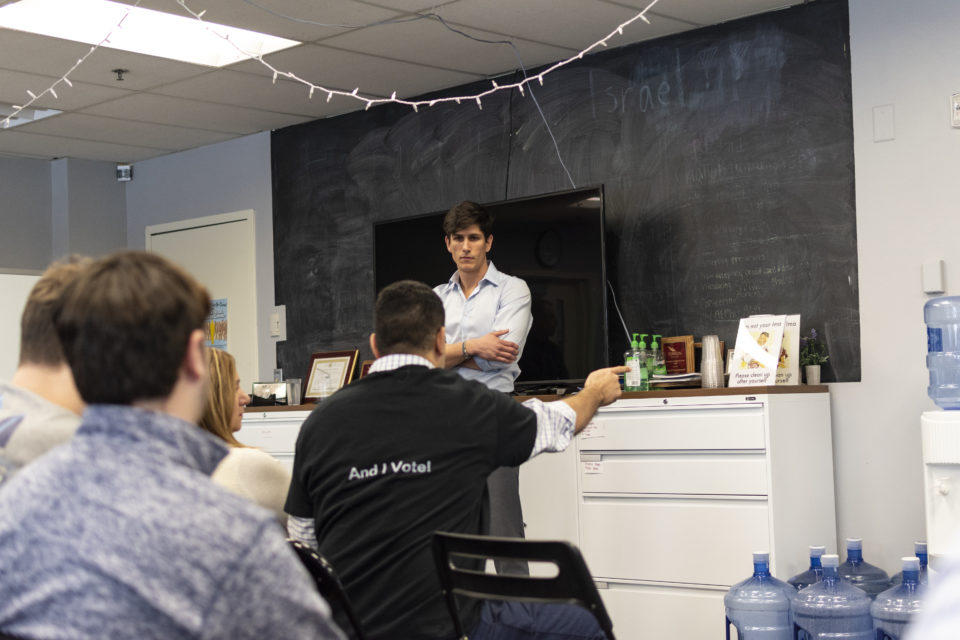 Towson University’s Hillel and the Baltimore Jewish Council arranged for a former Israeli Navy member Aaron Goldenberg to speak to university students about his life experiences, but were met with backlash as protesters barraged him with questions at the end of his talk last Monday.

According to Lisa Bodziner, the Executive Director of Towson Hillel, Goldenberg was invited to the University at the suggestion of community members Ellen and Jack Zager, who thought it would be a good idea to have him talk to students about his story.

“The significance of having Aaron here is to share with students here literally, Im Tirzu ein zot agada,  if you dream it can become a reality,” said Bodziner.

The protest, organized by Freedom2Boycott in Maryland, Baltimore Jewish Voice for Peace, and Baltimore-Palestine Solidarity, was advertised by the group before the event through a Facebook event.

Shachar Pinsky, a fellow for Hillel, introduced Goldenberg to the audience by going over some of his accomplishments while in the Navy.

“He joined a Special Operations Diving unit in Navy while training to become a medic,” Pinsky said.

Goldenberg also worked as an Israel Defense Forces (I.D.F) spokesperson, creating and editing new content, briefings, and media before being honorably discharged as a Sergeant.

“Now he pursuing a masters in fine arts in directing in the film discipline in the American Film Institute in  L.A,” said Pinsky.

The floor was then handed to Goldenberg so he could share his story about his time in the I.D.F, and how he found his identity as both a Jewish man and an American citizen.

Protester Ronda Cooperstein, a Towson graduate, was offended by what Goldenberg had said during his lecture.

“ I was on this campus 40 years ago protesting Israel’s illegal occupation of Palestinian land,” said Cooperstein. “It’s theft of resources, it’s theft  of property it’s horrible behavior towards, those, most of them innocent people… I saw first hand 40 years ago, and for you to stand their and say Jews protecting Jews, I find that just reprehensible because there’s a huge number of jewish people who reject the direction Israel has taken.”

Goldenberg and Cooperstein had a brief exchange before Cooperstein was asked to leave and was escorted out of the room.

Goldenberg argued that “if Jews don’t protect Jews then no one will.”

Other protesters spoke up after her, and were also asked to leave following exchanges with Goldberg.

“We were aware of the potential for persons not affiliated with Towson University, and holding opposing views, to attend,” said TU Police Chief Joe Herring. “When individuals became disruptive, they were asked to leave. They abided by our request.”

Goldenberg had intended the open floor to be an opportunity to create open dialog, but had also expected for there to be some in attendance who did not agree with his views.

“I think the protesters responses were really expected, because their responses were full of emotion and very vague, and not very factual,” Goldenberg said. “I was never trying to convince them of anything.”

Despite the protests, fraternity President of Alpha Epsilon Pi Tzvi Herman felt the speech was one he should attend.

“As a jewish teenager it is important to have that connection to Israel and to know what is going in Israel and to really, you know, advocate for Israel,” said Herman. “There’s always thought should I go to the I.D.F. , should I go and fight for the Israeli army. If I were to do something like that I would definitely be in Israel and it is always good to hear from some who has actually been in this position before and decided to go.” 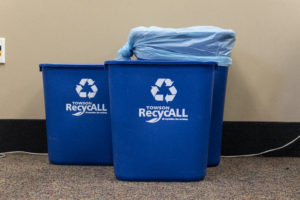