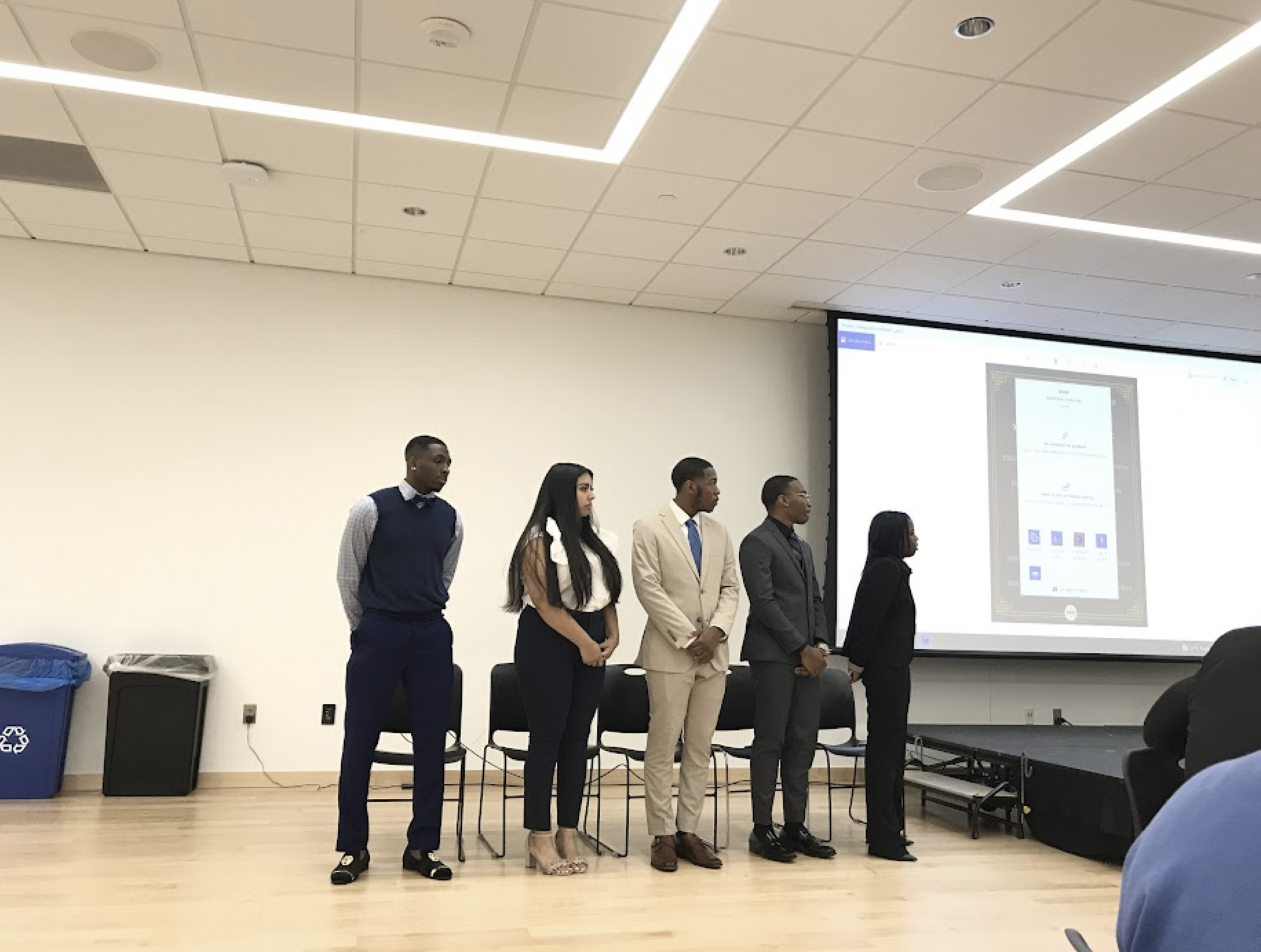 The Towson University Student Government Association (SGA) inaugurated its 102nd administration on May 17 at the Union.

The new president, sophomore Jordan Colquitt, said he’s excited to get to work. He said plans to strengthen the communication between SGA and the Towson student body and increase outreach efforts.

“We can’t effectively represent students if we’re not available to them and they don’t know who their SGA leaders are,” Colquitt said.

“Going into next year, one of our biggest things is accessibility, and making sure that students around campus know who SGA is because we do a lot,” Edwards II said.  “And we are a trusted organization on campus. And students should be able to come to us as we are their voices.”

To achieve this, Edwards II said there will be an increase in SGA events on campus.

Additionally, he said he wants SGA to be more effective legislatively by establishing a follow-up committee that will keep track of bills while in different stages of the legislative process.

The new administration’s term began following the inauguration and will be in effect until the end of spring 2023. Senior Jordan DeVeaux led the 101st administration.

Colquitt and Edwards II were elected last month as part of the Pushin’ Progress ticket. In addition to the two men, seven senators and two justices ran on the ticket.

The campaign consisted of Colquitt, Edwards II and Treasurer Mayra Corea. Additionally, Christopher Omisore is the attorney general, and Zikiyaa Moody is the chief of staff.

Both Colquitt and Moody held executive positions in the 101st administration as treasurer and chief of staff.  Edwards II previously served as the director of new student development.

Pushin’ Progress brought up six priorities while on the campaign trail, according to their campaign documents, which include:

Edwards said the group’s close-knit friendship, established prior to coming together as a professional unit, was the key to their success.

Together, Edwards and Colquitt produced all of the media for their campaign, which Moody said was “two weeks of no sleep, arguing and what seemed like continual smiling” during her welcoming speech at the inauguration.

While this summer will serve as a transitional period between the outgoing and incoming administrations, Colquitt said some Pushin’ Progress members have already worked closely with the 101st administration.

He said SGA initiatives over the past academic year, such as the Laptop Loaner Program, have been collaborative efforts between executive members, including some who will now serve on the executive board for 2022-2023.

“The reason why the 101st administration was so successful was because they led with integrity, and they did what they [said] they were going to do,” Matt Lenno, the assistant vice president of student affairs, said during the inauguration, “… and I only see the 102nd administration moving further in this direction.”