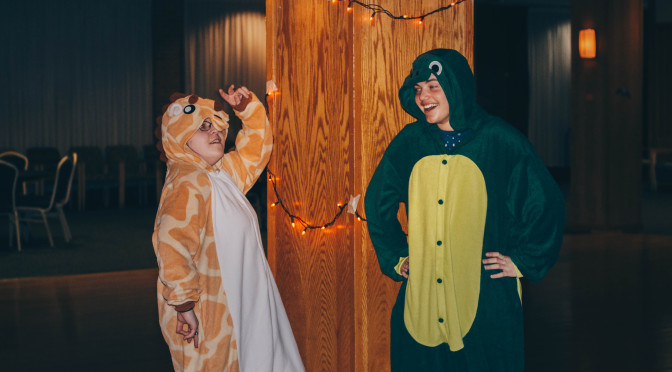 “Not everybody can make our meetings so we have at least one event that everyone can just come out and have a good time at,” QSU president Bernard Walker said. “We want everyone here to feel safe with other people in the community because they might not get that where they come from.”

The party really took off when the DJ played nostalgic hits like “Cha-Cha Slide,” “Cupid Shuffle” and “Wobble,” with attendees flocking to the dance floor.

This is the third year in a row that QSU has hosted “Holla Queer,” and event coordinators’ Maddie Jones and Reiko Gallo’s first party of the semester.

“Even though we have a really good LGBTQ community here on campus, it can still be hard to find your people,” Jones said. “It’s important to have safe spaces and places where people can go and meet other queer people who have shared similar experiences.”

Attendees had the chance to get their picture taken with friends by a photographer and participate in costume and mummy wrapping contests.

Costume contest winners included “Miss Basic,” who donned a North Face jacket, Maryland flag-patterned scarf, Ugg boots and a Starbucks cup for the “scariest costume” category. The best male and female costumes were Gene and Tina from Bob’s Burgers, and best couple’s costume winners were Katie Dotson and Vincent Eastlake dressed in handmade gowns as Belle and the Beast.

“Even when I went to college before, I never went to anything like this. This is really nice.” said Dotson, who was the guest of Towson junior Bryan Laporte.

“I love the community and that’s why I try to invite people outside of the Towson world to come see the incredible world that we’ve comprised within here,” Laporte said.

During the mummy wrapping contest, one team showed off their creativity by creating a wedding dress (complete with a bouquet) out of nothing but toilet paper.

The QSU meets on Tuesdays at 6:30 p.m. and is open to all students, regardless of gender and sexual orientation. Students who missed “Holla Queer,” will have to wait until the spring for another QSU bash. 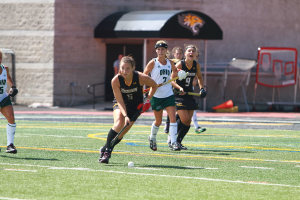 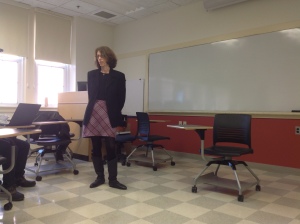