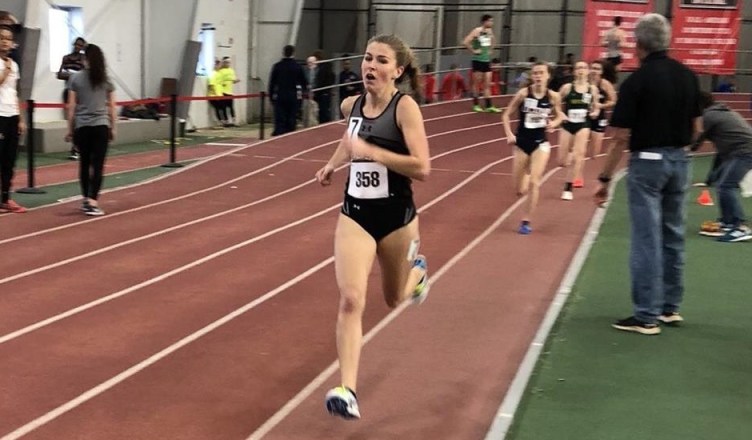 Towson women’s track and field team had an ECAC qualifying time in the 200-meter run, a personal record and a personal best in the Bruce Lehane Scarlet and White Invitational hosted by Boston University Saturday, Feb. 3, at the BU Track and Tennis Center.

Junior Arianna Waller set a personal record in the 200-meter run, while senior Emily Johnson recorded a personal best in the mile run for the Tigers.

Waller’s time of 24.79 in the 200-meter run earned her a qualification for the 2018 ECAC Division I Women’s Indoor Track and Field Championships.

“Last year she did not compete during the indoor season at all, so it’s just good to have her out there,” Head Coach Mike Jackson said. “She has some ability. Her freshman year was a solid year where she scored in conference, so it’s just good to see her getting back into the groove. We’re really happy for her.”

“She’s always been a tough competitor,” Jackson said. “She’s doing really well with our new coach and his new way of training. Henry Phelan is our new distance coach, and he’s starting to make positive impacts on our student-athletes, and Emily is one who is benefiting from having him around.”

The Bruce Lehane Scarlet and White Invitational was held at the same location for this year’s ECAC Division I Women’s Indoor Track and Field Championships, which will be held in early March.

“I think it was great, because the majority of the student-athletes that came for this trip had never been there before,” Jackson said. “Many of them had personal best or season best performances, so I was really excited to see them perform.”

Towson will be back in action Thursday in the Navy Multi Mix, and Friday in the Fasttrack National Invitational.