The 2020 Stanley Cup playoffs have been narrowed down to eight remaining teams. After a fairly uneventful first round that saw each series finished in six games or less, the race for the cup is wide open. So what teams are just happy to be here, and what teams are legitimate contenders for the Stanley Cup? Here are my top four teams remaining in the playoffs:

The Islanders have been buzzing ever since they entered the bubble, and that energy hasn’t gone away. Barry Trotz is a tested, championship winning coach, and has shown he knows this Isles group even better in his second year with the team. The Islanders remind me a lot of the 2018 Vegas Golden Knights. There isn’t a particular star on the team, and none of their lines are exactly “lethal.” What they do have is four solid lines that play well together and are able to consistently put pressure on the puck. The Islanders  forecheck may be the best in the NHL. It is part of the reason they were able to suffocate the Washington Capitals, a significantly more talented team, with relative ease. They have their hands full with a white hot Flyers team, but were able to tally four goals on the young star goalie Carter Hart to tie the series 1-1 earlier this week. I don’t know if New York beats Philly this year, but make no mistake, the Islanders are a legit contender.

There really is no excuse for Tampa not to be lighting up the entire league right now. They are the most talented team in the league by far, but somehow falter whenever it comes to postseason play. Their stars have shown up this postseason, forwards Brayden Point and Nikita Kucherov have combined for 29 points thus far. They’ve needed guys to step up in the absence of their all-star captain, Steven Stamkos. Stamkos is a big loss for the Bolts, especially when they go on the power play. Without him sitting on the left side to supply his powerful slap shot, the team has had to get a little more creative. Luckily they are deep enough to fill in fairly well. The Lightning were dealt a rough hand as they are playing the President’s trophy winners in the second round in the Boston Bruins. These could very well be the two best teams remaining from a pure talent standpoint. That series will be a toss up, but Tampa sent a very loud message with their dominant 7-1 victory over Boston to give them a 2-1 edge in the series. Game 4 could very well decide who wins the series, going down 3-1 would be devastating for Boston.

Vegas has the same talent they had two years ago that led them to a Western Conference title. The acquisition of Mark Stone from Ottawa during last season’s trade deadline has been a huge boost for them. They’ve stuck to what they’ve been good at since their birth, keeping it balanced. The Knights are solid on every line, and have gotten solid goaltending from Robin Lehner throughout their time in the bubble. Former San Jose Sharks coach Peter DeBoer, who was fired in the middle of the season only to be hired by Vegas shortly after, has been able to figure out how to maximize his new teams talent very quickly. DeBoer has suffered a lot of heartbreak while coaching in San Jose, where they came close many times. Is this the year he finally breaks through? Vegas is my favorite to represent the West in the final, making it their second trip in three years.

The Flyers have been on an absolute tear since the All-Star break. There was concern that the long hiatus due to COVID-19 would have an effect on their momentum, but that was not the case. The team is young and extremely talented. The acquisition of Kevin Hayes has been huge for their offensive production, supplying what was seemingly lost with the departure of Wayne Simmonds. The rise of forward Travis Konecny has also been pivotal to their success. The two have made quite a fierce tandem on the Flyers second line. The Flyers could very well be on their way to a long awaited Stanley Cup title. If second year goaltender Carter Hart continues to succeed like he has been lately, Philly should feel pretty good about their chances. I see them beating New York in six games, and then taking on the Tampa Bay Lightning in the Eastern Conference finals.

Are these rankings set in stone? Absolutely not. Could I look like an absolute idiot in just a few short days? 100%. As of right now I see these four teams as the clubs best positioned to make a real run. The Stanley Cup playoffs usually come down to solid goaltending, and I believe Vegas and Philadelphia both have and will continue to get that from their netminders. The Stanley Cup playoffs resume Saturday, after a brief hiatus in solidarity with the movement justice for Jacob Blake.

Previous post Why the NFL needs to address social issues 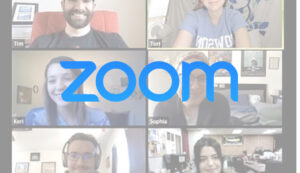