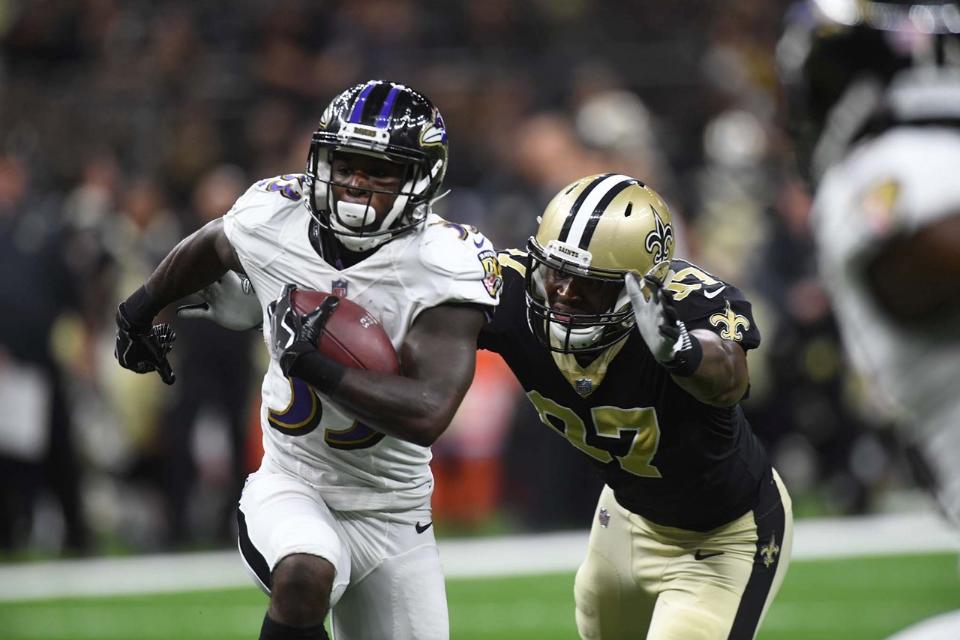 Baltimore finished the preseason unbeaten after a 14-13 victory over New Orleans in the Mercedes-Benz Superdome Thursday night.

The team mainly played its backups, electing to rest starters before the regular season starts Sunday in Cincinnati.

Baltimore finally got an extensive look at rookie cornerback Marlon Humphrey. The first-round pick struggled with injuries throughout training camp and only had six snaps of professional experience entering this game.

Despite his lack of preseason action, Humphrey shone throughout the entire game. He played a physical style of defense, jamming receivers at the line and attacking the ball well.

Humphrey also forced a turnover early in the game, jarring the ball loose from Saints running back Daniel Lasco. He finished the game allowing just three catches for 17 yards.

Defensive lineman Carl Davis also had a memorable performance. The defensive line is stacked with talent, but the former third-round pick made a case for himself to see playing time.

Davis displayed great athleticism and anticipation on an interception in the first quarter. He dropped back and read the eyes of quarterback Chase Daniel to secure the ball.

Davis almost returned the ball for a touchdown, but was cut down just before he could reach the endzone.

Undrafted linebacker Bam Bradley made a strong bid for a roster spot as well. He made his presence known early when he laid a crushing hit on Daniel Lasco to force a drop on New Orleans’ first drive of the game.

Bradley was all over the field and finished the game with eight tackles to go along with the pass break up. With versatile linebacker Albert McClellan out for the year due to injury, Bradley should expect to see a lot of snaps on special teams.

There is no more backup quarterback controversy as Ryan Mallett played well enough in limited time to be pulled from the game. He completed 3-of-8 passes for 19 yards and a touchdown. Mallett is expected to go into the regular season as the backup for starter Joe Flacco.

The Ravens enter this season with a revamped defense and an offense with a lot to prove. They will begin their regular season on Sept. 10 against the Bengals. Kickoff is set for 1 p.m. at Paul Brown Stadium.