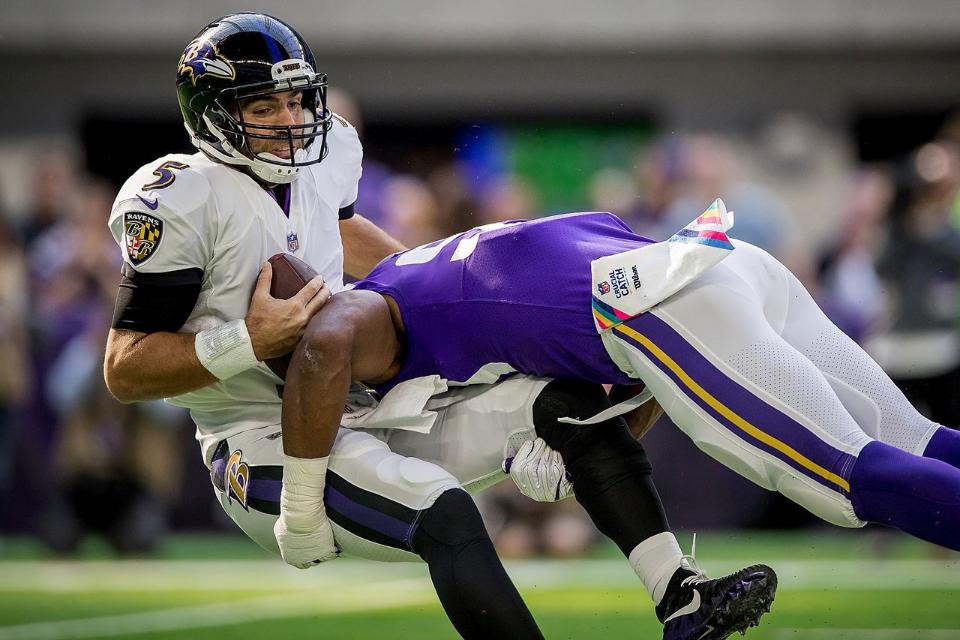 The Ravens lost 24-16 in a defensive matchup in Minnesota against the Vikings Sunday afternoon at U.S. Bank Stadium.

The Ravens (3-4) struggled to move the ball with a banged up receiving corps, while the Vikings (5-2) ran the ball well and put on a stronger showing on defense.

Both teams got off to a sloppy start. Baltimore went three-and-out on its first drive, and Minnesota threw an interception on its first play from scrimmage.

The Ravens settled down on their next drive as kicker Justin Tucker drilled a 48-yard field goal to give Baltimore a 3-0 lead. He made all three of his field goal attempts on the day.

Minnesota kicker Kai Forbath traded field goals with Tucker throughout the first half as neither offense could get into rhythm. However, it was the foot of Forbath that gave the Vikings a 9-6 lead going into halftime.

Early in the third quarter, Forbath and the Vikings picked up where they left off by adding another field goal to take a 12-6 lead over the Ravens.

Midway through the third, Minnesota running back Latavius Murray sprinted past the Baltimore defense for a 29-yard touchdown run to make it an 18-6 game.

With a two possession lead and time running out on the Ravens, the Vikings cranked up their defensive pressure.

Flacco was sacked five times on the day, and his receivers failed to get open the few times that he had a protection in the pocket.

The Vikings ran the ball well in the second half to seal the win. They finished the game with 169 yards on the ground, averaging five yards a carry.

Baltimore will have a short week and will look to regroup quickly, as the team hosts a Thursday night matchup against the Miami Dolphins at M&T Bank Stadium. Kickoff is set for 8:30 p.m.