The Baltimore Ravens lost 23-20 against the Tennessee Titans Sunday afternoon at Nissan Stadium.

The Ravens (4-5) had an abysmal showing on offense, while the Titans (5-3) played sound on both sides of the ball and took advantage of miscues.

Quarterback Marcus Mariota came out firing as he completed a 29-yard pass to wide receiver Rishard Matthews on the first play from scrimmage. Tennessee would settle for a field goal later that drive to take a 3-0 lead.

Baltimore responded with a field goal on its next drive following a successful fake punt near midfield to tie the game 3-3.

Quarterback Joe Flacco looked aggressive early as he took a few shots downfield in the first quarter, but his deep throws did not pay off. Late in the first, Flacco threw an interception on a bomb to wide receiver Breshad Perriman.

Perriman had the ball hit his hands, but the defense jarred it loose to pick off the pass. Perriman has had issues with drops all season, and it continued this game.

The Titans capitalized on the turnover as Mariota connected with wide receiver Corey Davis for a 23-yard gain on a back shoulder throw near the sideline. Mariota capped off the drive with a 16-yard touchdown throw to Matthews.

The Ravens scored a field goal on their next drive to narrow the gap to four, but a special teams gaffe put the Titans in scoring position midway through the second quarter.

The home team pounded the Baltimore front seven with a heavy dose of its running back Derrick Henry. They brought in an extra offensive lineman on several plays throughout the day to help the ground attack and it worked effectively.

Henry walked into the end zone for a one-yard touchdown run to give Tennessee a 16-6 lead going into halftime.

The Ravens did not look sharp on offense coming out of the break as Flacco threw an interception on a pass intended for tight end Ben Watson. Watson was clearly covered, but Flacco forced the pass and threw his second interception of the day.

Baltimore’s defense stepped up in the third quarter and forced three straight three-and-outs, but the offense could not take advantage of the defense’s stellar play.

The Ravens were driving late in the third and faced a fourth-and-inches entering the final quarter. The visitors had converted a fourth down play earlier in the game, but came up short this time. It appeared as if running back Javorius Allen got the first down through a second effort, but the officials disagreed.

Needing a big play, Baltimore’s defense came through once again as safety Eric Weddle picked off a pass from Mariota and returned the ball near midfield.

The Ravens took advantage of the turnover as Flacco completed a three-yard touchdown pass to Allen to lower the deficit to three.

However, the Titans executed a methodical nine-play drive that chewed five minutes off the clock on their next possession to put the Ravens down by two scores with little time left in the game.

During that drive, Mariota completed several play action passes downfield to put the home team in scoring position, most notably a 25-yard strike down the middle to tight end Delanie Walker. Mariota capped off the drive with an 11-yard touchdown pass to wide receiver Eric Decker.

Baltimore did not show a sense of urgency on its next drive and failed to recover an onside kick following a touchdown, as Tennessee held on for the victory.

The Ravens have two weeks to regroup before their next matchup as they head into their bye week. The team looks to get some players healthy before its game against the Green Bay Packers Sunday, Nov. 19, at Lambeau Field. Kickoff is set for 1 p.m. 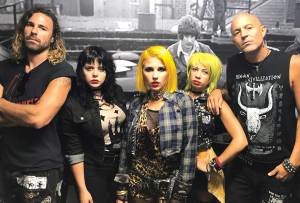