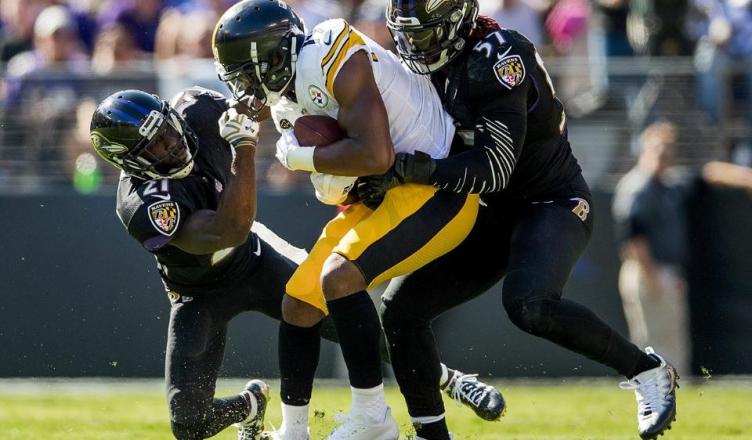 The Baltimore Ravens lost 26-9 in a division matchup against their longtime rival, the Pittsburgh Steelers, Sunday afternoon at M&T Bank Stadium.

The Ravens (2-2) struggled to get into rhythm on offense for most of the game, which forced the defense to stay on the field for too long. The Steelers (3-1) took advantage of the Ravens tired defensive front with a strong rushing effort.

Baltimore moved the ball well on its first possession and got into Pittsburgh territory, but the team had to punt. The Ravens went three-and-out on their next two possessions, while the Steelers tacked on two field goals.

Midway through the second quarter, Baltimore looked to get on the board, but running back Alex Collins halted the drive with a fumble. Pittsburgh was given a short field, and converted when running back Le’Veon Bell pounded into the end zone for a short touchdown run.

Down by 13 with under four minutes to go in the first half, the Ravens couldn’t muster a scoring drive and went three-and-out.

Roethlisberger capped the drive off with an 11-yard touchdown pass to wide receiver JuJu Smith-Schuster to put Pittsburgh up 19-0 before intermission.

Baltimore finished the first half with under 100 yards of total offense for the second straight week.

The Ravens showed early life in the second half, getting an interception from safety Eric Weddle. The turnover came on a low pass intended for wide receiver Antonio Brown.

The Ravens got another scoring chance later in the game when Pittsburgh kicker Chris Boswell missed a 44-yard kick attempt.

Baltimore reached the end zone quickly, as Collins sprinted on an outside run for a 50-yard gain. Quarterback Joe Flacco finished the drive with a 16-yard pass to wide receiver Mike Wallace.

In the fourth quarter, Flacco threw an interception on a rollout pass intended for tight end Benjamin Watson, but the Steelers couldn’t move the ball following the turnover.

Just three minutes later, Flacco committed another turnover on a long fourth down play. Pittsburgh fed Bell the ball all the way to the goal line where he punched in his second touchdown run of the day to secure a Pittsburgh victory.

Bell finished the game with two touchdowns, 144 yards on the ground and 42 yards through the air.

The Ravens will need to solve their offensive woes as they travel to the Oakland Coliseum to face the high-powered Raiders offense Sunday. Kickoff is set for 4 p.m.