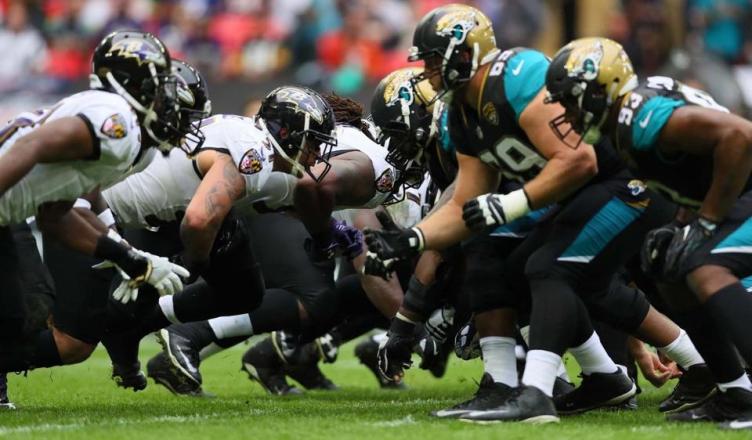 The Baltimore Ravens suffered a massive 44-7 loss to the Jacksonville Jaguars Sunday in London.

The Ravens offense looked abysmal, while the defense and special teams looked flat against Jacksonville’s offensive attack. They simply did not play well in any phase of the game.

The absence of pro bowl offensive lineman Marshal Yanda was apparent, as the offensive line struggled, and quarterback Joe Flacco was under duress the entire game. Flacco was sacked twice and finished with just 28 yards passing.

The defense looked like they didn’t make the trip to London as they struggled to stop the run and failed to get pressure on Jacksonville quarterback Blake Bortles. Bortles finished the game with 244 yards and four touchdowns.

Despite poor execution by the Ravens, credit has to be given to the Jaguars. They looked prepared and determined to come out with a victory in their fifth game in London.

Flacco and the offense started the game with four straight three-and-outs, putting the defense on the field early and often. Jacksonville capitalized on the poor offensive execution, scoring on each of its first three drives to gain a 13-0 lead.

The first turnover of the game occurred midway through the second quarter when Flacco was intercepted by defensive back A.J. Bouye. The pass was intended for wide receiver Jeremy Maclin, but Bouye wrestled the ball away and made a juggling catch.

The Jaguars took advantage of the turnover as Bortles connected with wide receiver Allen Hurns for a five-yard touchdown. Hurns ran a nice stick-and-go route to find the soft spot in the defense and made a tough catch in the endzone.

Down 23-0 in the second half, the Ravens were forced to start passing the ball, which is not their strength. Flacco was not getting ample protection and the few times he did, receivers could not get any separation. The Jaguars did a good job of taking away the middle of the field, where the Ravens usually like to throw.

The Ravens looked to mount a comeback, but an early third quarter interception halted any momentum. Flacco threw it to wide receiver Mike Wallace in stride, but cornerback Jalen Ramsey jumped in front of the pass. Jacksonville scored a touchdown just two plays later to seal the game.

The Ravens look to bounce back next week as they host division the rival Pittsburgh Steelers. Kickoff is set for 1 p.m.