Coming off a historic 2019 season, the Baltimore Ravens continued to build on their strong foundation in this year’s draft. Many draft experts including ESPN’s Mel Kiper Jr. believe the Ravens had arguably the best draft class.

With so much of their talent from last season returning for 2020, Baltimore was able to pick players that provided more depth and could help them take the next step towards a championship. Here are the players the Ravens took, along with some analysis of each pick.

Baltimore made ten selections in the 2020 draft, five on each side of the ball. They started in round one taking Queen, one of the key players for the national champion LSU Tigers on defense. He was the defensive MVP in the national championship game when he recorded eight tackles, including 2.5 for loss and also had half of a sack. LSU held Clemson to 394 total yards and Clemson quarterback Trevor Lawrence under 250 yards and without a touchdown.

“While other Tigers received more attention, Queen has some of the most eye-opening tape of the bunch,” Lance Zierlein of NFL.com said. “He plays fast, physical and with impressive field confidence for a one-year starter. His ability to diagnose and flow are both very rapid, and he operates with excellent body control and balance to gobble up runners as an open-field tackler.”

The Ravens missed linebacker C.J. Mosley last season after he signed with the New York Jets in the offseason. I think Queen can help to fill that void.

Last season, Baltimore set a single-season NFL record for rushing yards with 3,296. Despite having one of the top running back groups in football led by Mark Ingram and Justice Hill, the Ravens add yet another playmaker to an explosive offense.

“Dobbins isn’t going to be that creative back with the wiggle and juice to create something out of nothing,” Zierlein said. “But he has the efficiency, production and third-down value teams covet. If there’s one team that embodies the idea of physicality, it’s Baltimore, so I think he’ll fit in and be a key contributor.

Last season for the Aggies, Madubuike led the team with 11.5 tackles for loss and 5.5 sacks. The Ravens lost defensive tackle Michael Pierce earlier this offseason, as he signed with the Minnesota Vikings. Madubuike can help fill this void, and will likely have a significant role since Baltimore only has three defensive tackles currently on the roster.

A first-team All-Big 12 selection in 2019, the former Longhorn is coming off an impressive season. He finished in the top five nationally with 106 catches for 1,386 yards and nine touchdowns. Duvernay is known for his speed, and won the Texas 100-meter dash in high school. He provides another weapon for MVP quarterback Lamar Jackson, and I’m sure t has something up his sleeve for Duvernay.

Harrison is coming off a first-team All-Big Ten and third-team Associated Press All-American season for the Buckeyes. He led Ohio State with 75 tackles including 16.5 for loss while also recording 4.5 sacks. He’s considered a good tackler which will benefit the Ravens. They did a poor job against the Tennessee Titans in the playoffs at finishing tackles and it cost them. I think Harrison comes in and helps to solve that problem.

Baltimore’s next two picks were on guards, they lost their longtime right guard Marshal Yanda to retirement and now have some options to replace him. Phillips also has experience at left tackle, and has played in all 26 games for the Bulldogs the last two seasons. Bredeson has three All-Big Ten selections to his name along with being named an Associated Press third-team All-American in 2019. The Ravens have historically developed offensive lineman well, and I don’t see a reason why that changes with these two.

Washington earned three honorable mention All-Big 12 selections as a Red Raider. He started in all 37 games over the last three seasons. He recorded 39 tackles with 5.5 for loss in 2019. As previously stated, Baltimore only has three defensive tackles currently on the roster so he will provide much needed depth.

Proche tied for the national lead with 111 receptions and was top five with 15 touchdowns. He earned two All-American conference selections and also has experience returning punts. Special teams is key for players drafted this late, and I think this could be his best shot of making the team.

The Ravens ended their draft by taking a second-team All-Big Ten selection in 2019. He recorded 70 tackles and three forced fumbles for the Hawkeyes. The good news for him is that Baltimore only has three listed safeties on their active roster.

Overall, I think the Ravens drafted very well. They added depth at positions they needed as well as some players I believe will be early contributors for them. General Manager Eric DeCosta is considered one of the best in the league, and this draft looks to be another example why. Baltimore will be interesting to watch this season, and I look forward to seeing what Jackson does to follow up his historic season. 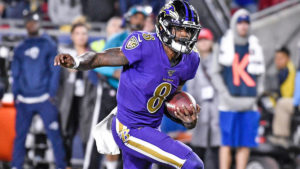 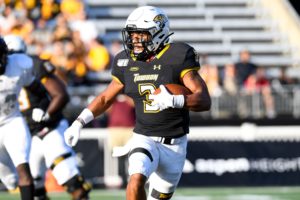