Towson University’s Parking & Transportation Services is holding the ‘Can’ Your Citation Food Drive until Dec. 12 to offer a way for students to reduce or waive one citation while presenting an opportunity to help campus members in-need.

Food insecurity is defined by a lack of reliable access to sufficient amounts of healthy, affordable food.

“For years we have been involved in the Toys for Tots and canned food holiday drives,” said Pamela Mooney, Towson University’s Director of Parking and Transportation. “We are always looking for ways to increase participation. We have seen information on this type of program at other locations, and thought it would be another approach to encourage support of the canned food drive.”

Students can donate canned foods or non-perishable items to the FoodShare program at drop off stations located in the Parking and Services office  at the bottom of the Union Garage. The number of items donated equals to either the reduction of one citation or the waiving of one citation. Five items reduces fees by $25, 10 reduces citations by $50 and 15 items can waive up to $75 of a citation.

Commuter student Will Johnson has had quite a bit of experience with tickets and citations, and plans to take advantage of the opportunity at hand.

“I received two citations last year,” Johnson said. “The first one was for me parking my car on a Monday so I could take my last final, and the second one was because I was helping my girlfriend move out of her dorm. They caught me, but it’s cool because I appealed both.”

Johnson has some reserves about the food drive, but feels it goes to a good cause and plans on participating.

“Personally, I don’t feel as though students that pay to go here should have to pay for tickets or even parking permits in the first place, that should be included in our tuition,” Johnson said. said Laura Sinche, Campus Minister and head of FoodShare, said the main focus of the food drive is to help tackle food insecurity on campus.

“I had someone come here who didn’t know this existed, and it had been a really hard month, and [they] gave me a hug because now, the next week or two are going to be easier because she can have food and not have to worry about where it’s coming from,” Sinche said.

Mooney hopes that the idea to waive or reduce a citation will increase participation and that members of the TU community will help others in their community that are in need.

“It’s a great idea for a great cause,” said sophomore Corey Whipple. “Not many people know about food insecurity on campus, and a lot of my friends get upset about getting citations, so I feel as though in the end, everyone wins. 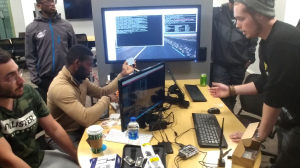 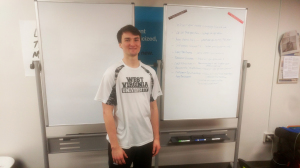