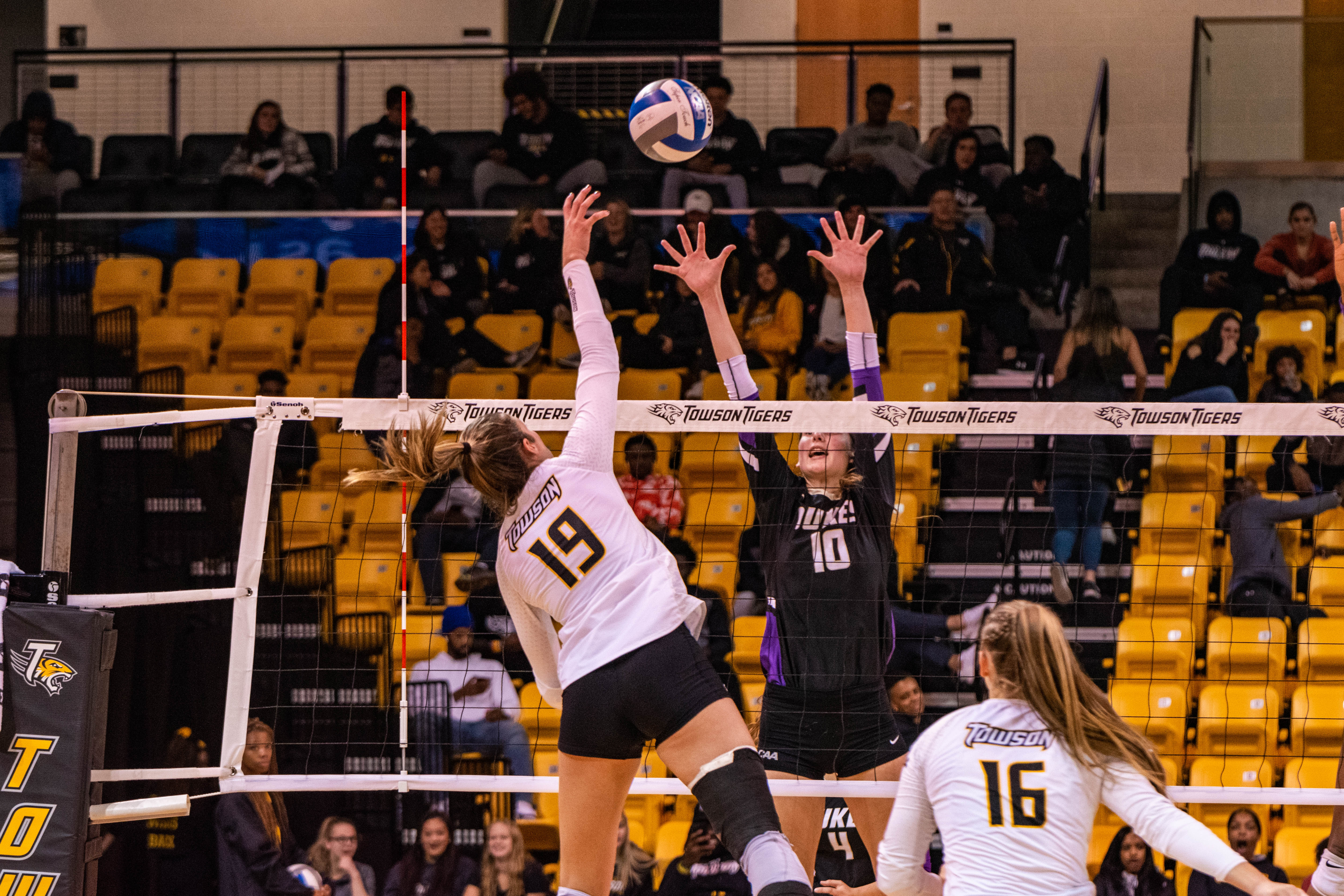 The Tigers remained undefeated in conference play after their victory over Delaware 3-0.

In all three sets, the Blue Hens remained competitive until Towson  (22-2, 13-0 CAA)  pulled away late to win.

The Tigers used two of their four blocks in the third set to take an early 8-1 lead.

“We were able to put up a good solid block,” head coach Don Metil said. “We did that several times today and it really gave us some energy.”

The Blue Hens responded and cut the lead to 8-6, but Towson used four kills to increase their lead to 15-7.

“There’s still some times where we’ll allow teams to go on [runs] and we’ve got to figure out a way to side out and get control of the match,” Metil said.

Delaware used three kills to score four of the next points, but senior outside hitter Olivia Finckel contributed three kills in the final eight points as the Tigers won the set 25-17.

In the second set Delaware took advantage of three Tigers errors taking a 7-4 lead. Sophomore outside hitter Emily Jarome used two kills to cut the Blue Hens lead to 9-8. Both teams continued to score, and with an 18-13 Delaware lead Towson began their run to come back.

The Tigers only gave up four points for the rest of the set. Four Blue Hens errors and two kills from Jarome helped Towson come back and win the set 25-21 ending on a 12-4 run.

The Tigers had seven blocks in the match, and it helped them gain momentum and confidence.

“[It’s exciting] When people get monster blocks, especially on our priority hitters because it’s something we really focus on,” Finckel said.

The first set was very competitive throughout until the Tigers used a four point unanswered run to take a 19-14 lead, neither team led by more than three points. Despite a close-set, Delaware only led twice and never led by more than two points.

Senior outside hitter Annie Ertz contributed to three straight points late in the set and helped Towson prevent a late comeback by the Blue Hens. Delaware scored two of the final three points, but their comeback fell short as the Tigers won the set 25-20.

Towson defeated the James Madison Dukes 3-1 in front of a crowd of over 700 spectators at SECU Arena.

The Tigers lost the second set but responded with late runs leading to victories in the final two sets.

The fourth set was competitive until a late run by Towson ensured a victory. Neither team led by more than two until the Tigers scored the final seven points. Towson used five Dukes errors to win the set 25-16. Finckel had three kills in the set, and Jarome and Ertz each had two.

Similarly to the second set, the Dukes (15-7, 9-3 CAA) immediately got the lead over the Tigers. Towson had four errors at the beginning of the set but responded and kept the set close.

Finckel contributed six kills to give the Tigers a 21-19 advantage.

The Dukes returned with consecutive kills that put them back in the lead, and after scoring to take a 24-20 lead Towson responded. The Tigers scored the final six points with senior setter Marissa Wonders contributing to five points. Towson won the set 26-24 after a kill by Finckel.

James Madison took an early lead in the second set, and after taking a 7-4 lead never trailed and won the set 25-21.

Using four kills and three Towson errors, the Dukes increased their lead to 17-8. Wonders contributed to four points as the Tigers came back, but despite a late rally from Towson, James Madison won the set after ten Tigers errors.

Towson won the first set 25-18 taking advantage of seven Dukes errors and five kills from Ertz. the Tigers had a six point lead midway through, but despite a late come back from James Madison used a 7-3 run to win the set.

The Tigers will travel to South Carolina on Friday, Nov. 8 at 6 p.m. to face the College of Charleston Cougars and will face the University of North Carolina Wilmington Seahawks on Sunday at 1 p.m.

“We’ve been trying to go into each game with the same mentality. We don’t want to take any team lightly because we know that anything could happen in the CAA,” Finckel said. 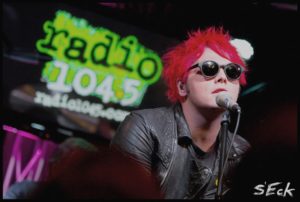