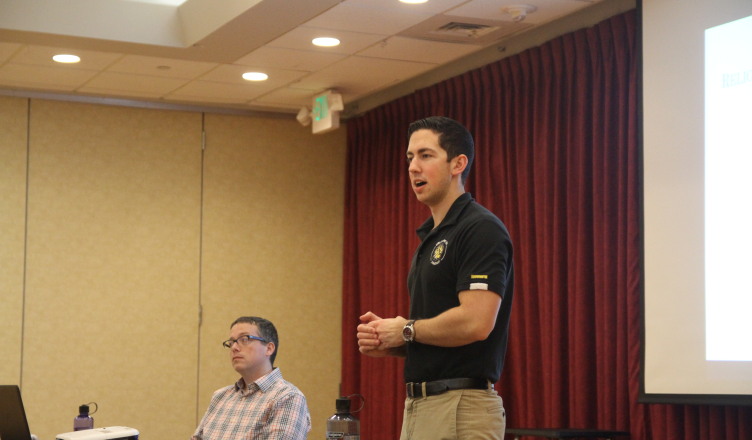 Despite growing religious diversification in the United States, data show that the country’s religious and political planes remain tilted in favor of white Christians.

“Religion has always been a central concern in American politics,” McTague said.

“Eventually the country is going to get less Christian and less white,” McTague said.

The data showed that in the 2016 election, a majority of Protestants/other Christians, white born-again/evangelical Christians, and Mormons voted for Donald Trump. A majority of Jews, other faiths and the religiously unaffiliated voted for Hillary Clinton.

Acceptance of politicians’ personal indiscretions grew among almost all Americans surveyed in a study by the Professional Relations and Research Institute (PRRI), except for unaffiliated voters whose acceptance of indiscretions decreased marginally.

White evangelical Protestants experienced the largest growth in this category, with 30 percent in 2001 rising to 72 percent in 2016. McTague attributed this to white Evangelical voters’ need to justify their vote for Trump to get an anti-abortion rights justice appointed to the Supreme Court.

Excluding white Evangelical Protestants and Mormons, the majority of each religious group opposed allowing small business owners to refuse providing products or services to gay or lesbian people if doing so violated the owner’s religious beliefs.

In a 2016 American National Election Study Pilot which ranked average feelings toward social groups on a 0-100 scale, Muslims received a 45 – the only group to receive less than a 50.

A December 2015 survey by PRRI and Religion News Service found a double standard when it comes to religious violence. Respondents were asked whether a person who claims to be a certain religion and who commits violence in the name of that religion is in fact a member of that religion.

After McTague’s presentation, students divided into small groups to discuss a series of questions about the relationship between religion and politics. Group members discussed their own religious affiliations and interactions they have had with people from different religious backgrounds. They also talked about some of the data points highlighted in McTague’s presentation, such as decreasing religious identification among millennials and the relevance of the white Christian demographic decline.

The attendees then rejoined the larger group to discuss the conversations that they had in their small groups. The larger discussion focused on anti-Semitism and white supremacy which quickly devolved into partisan debate.

In an effort to refocus the discussion, political science major Matt Pipkin disavowed hate regardless of which side of the political spectrum it was coming from.

“It’s not fair to characterize either side of the spectrum based on the actions of a small group,” Pipkin said.

The event was sponsored by the Office of Civic Engagement and Leadership. The next event will be a New York Times Talk about fake news on March 15.