The Republican Party has long centered its tax and spending policies on the ideals of fiscal responsibility. Namely, responsible fiscal policy encompasses levels of taxing and spending that are complementary, meaning that tax revenues should be greater than or equal to levels of spending as to avoid large deficits.

But the U.S. federal government has, since the inauguration of President George W. Bush, spent more money than it has brought in from revenues. And given the current administration’s aggressive tax agenda, recent reports indicate that the deficit is on pace to balloon in the near future.

Budget deficits are measured through the span of a fiscal year, which begins on Oct. 1 and concludes on September 30. Last year, the budget registered at $674 billion, and has, according to the Treasury Department, increased to $898 billion in the 11 months since its last calculation. More narrowly, in August 2017, the federal government ran a $107.7 billion deficit, but in August 2018, the gap swelled to $214 billion, marking a 30 percent increase.

An important piece of the budget calculation is domestic tax policy, which the Trump administration has touted since Republicans rammed through major tax overhauls last December. For Republicans, the plan marked a significant achievement in slashing corporate tax rates – a strategy which, according to the GOP, will naturally increase corporate investment back into the economy and consequential job creation. But this has not been the case.

In fact, since the bill’s implementation, all statistics show that companies have been giving increased cash and dividends to shareholders rather than investing in capital and equipment that might be utilized to more directly boost economic growth.

The Treasury Department indicated this past week that overall government spending during the fiscal year rose a striking seven percent to $3.88 trillion, while revenues lacked at just $2.99 trillion. One key component of this metric is corporate tax revenue, which, in large part due to the Republican tax bill, fell $71 billion from the year prior.

According to the Congressional Budget Office (CBO), an independent calculator of budget fluctuations, the federal government is on track to run a $1 trillion deficit by the year 2020, which is two years sooner than its previous projection.

Although it is still too early to see long-term trends in tax cut benefits to the economy, reports from the Labor Department have also recorded stagnancy in wage growth. Although the economy itself has marked strong growth numbers and full employment under President Trump, middle class wealth and average pay for workers have failed to demonstrate any substantial gains.

According to a June Monmouth Poll, the Republican tax plan received only 34 percent approval. Given both recent and impending economic trends, this number will likely not increase.

Before the country lie a series of fiscal challenges that have only been exacerbated by Republican prioritization of boosting corporate revenues and slashing taxes for upper class Americans.  As both federal reports and independent studies reach the same conclusions – that our current economic approach readies the nation for greater deficits and overall economic precariousness – midterm voting in November becomes all the more vital. 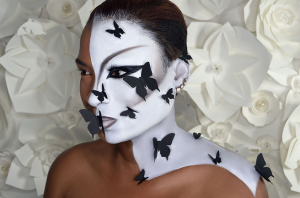