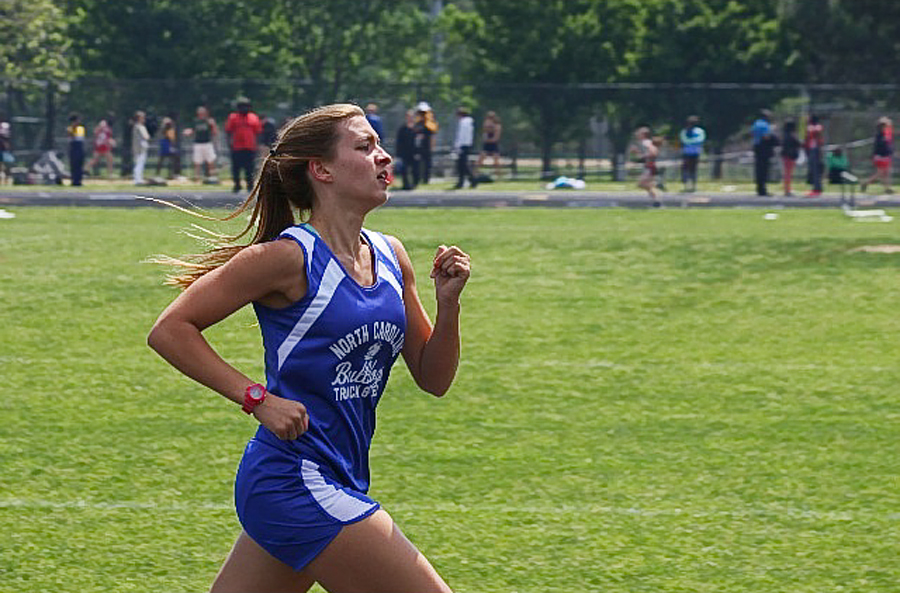 Caitlin Adams, a member of Towson’s cross country team, is preparing to run 305 miles across the state of Maryland. She’s running to raise money for Limbs for Life, an organization that provides prosthetics to those in need.  She is fundraising for the run via her website, www.runacrossmaryland.com. This is the second installment of a series on Caitlin’s preparation for the run, which begins May 23. For the first installment, click here.

Lester Sabolich began his own prosthetic clinic in Oklahoma City in 1947. He just wanted to influence the lives of others.

He had no clue how he’d change prosthetics and how his last name would become as important as any in the field.

Lester’s son, John Sabolich, watched as his father designed prostheses for those in need and was inspired. It didn’t take long for John to want to join in his father’s business.

After attending New York University and becoming a certified prosthetist-orthotist, John made it his mission to build the family business. He work alongside his father until he retired, then took over the business in the 1980s.

However, John wasn’t satisfied. He couldn’t stand to turn away patients in need of prosthetics that didn’t have health insurance to pay for them.

His son, Scott Sabolich, grew up watching these patients walk out of the clinic.

“When I saw people coming to dad that had no health insurance coverage, I saw the pain in his eyes when he had to turn someone away,” Scott said. “It was a big thing for me to see dad find another way to get someone help when the world is telling you there is no help available.”

John began the American Amputee Foundation with his own money, trying to find another way. He wanted to use donation money to help his patients that had little or no health insurance.

In 1995, John turned the AAF into Limbs for Life, another non-profit based solely on donations. That same year, Scott got his certification. He wanted to follow in his father’s footsteps.

“Everyone has a hero when they grow up,” Scott said. “You ask some little kid what he wants to do. Maybe he wants to be a fireman or a fighter pilot … I idolize my father for what he did in the field and what he did for people. It was the coolest thing in the world to see him take someone that was disabled and make them enabled.”

Limbs for Life, from its beginning, worked with local prosthetic clinics to lower the price of prostheses for patients. These prostheses cost upwards of $10,000, and Limbs for Life brought the price down to $2,500 for a below-knee limb and $3,500 for an above-knee limb.

Scott established his own prosthetic business in Oklahoma City in 1999. It worked in the community and alongside Limbs for Life to provide cheap options for prostheses.

Since then, John and Scott have worked to help as many patients as possible. Scott even made prostheses, including 10 last year, for free just to assist a few more people.

“I have to sleep at night,” Scott said. “I think God put us here for a purpose to give witness to others. To help other people out that need help. … What are the odds of three of us being very, very talented in prosthetics? That’s pretty odd. We’re certainly here for a reason and this is sort of what pops right out as our mission.”

Limbs for Life, a non-profit from Oklahoma, has now served patients from 31 different states and six countries. It’s something that Limbs for Life Director of Development Shelley Dutton attributes to John Sabolich.

“[The organization] has grown considerably and his vision from 20 years ago has really evolved to help hundreds and hundreds of people,” Dutton said.

Today, around 3,000 amputations occur each week. The demand for prostheses is growing and Limbs for Life can only service 30-60 patients each year.

However, the stories of those of whom Limbs for Life has helped keep Scott going.

“Seeing them, showing us pictures of them walking their daughter down the aisle or seeing them playing with their grandkids at Christmas,” he said. “[These are] things that they wouldn’t be able to do had you not donated your time and effort to Limbs for Life to make it happen.”

For the Sabolich family, prosthetics is more than a science. It’s a way of life.