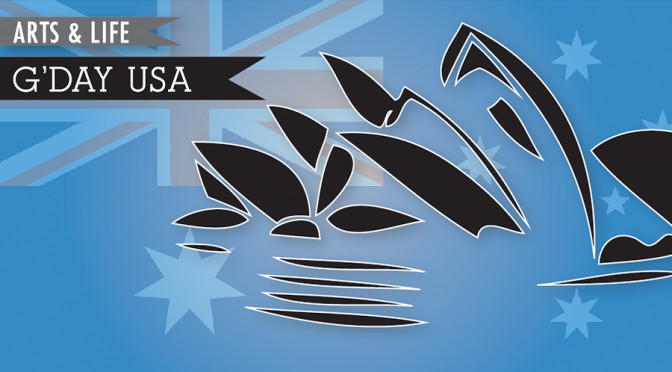 So here I am, 8 months, 26 days and a 14-hour time difference later, sitting in Newell while enjoying one of my last veggie omelets and writing my last ever article for the Towerlight as a study abroad student from Australia.

What a marvelous plethora of experiences, knowledge and memories I have accumulated during this time. Aside from my extra possessions, I’m going to need an extra 25kg check in suitcase just to take home the memories!

What have been the highlights, lowlights and in-between lights of my time here? Let me try (in the most superficial way) to summarize.

Favorite foods: Thanksgiving yams with cinnamon butter and toasted marshmallows. And Chipotle – how could I forget Chipotle?

Least favorite food: American chocolate. Ew! It is too oily and sickly sweet compared to the darker, creamier chocolate I am used to in Australia.

Weirdest food thing: The ice obsession. The portion sizes, especially at diners! The 10 kazillion and one soda flavors available on those Coca Cola soda machines at Five Guys.

Biggest culture shocks: The size and scale of US sports industries, in particular football. The super trashy aspects of pop culture including reality TV shows like ‘Four Weddings’ and ‘Real Housewives’. The sobering and distressing differences in income and opportunity between the richest and the poorest. The ongoing issues of race and equality in this country.

Most surreal ‘Merkun experience: Sometime in February, a squirrel ran across the path in front of me near Glen carrying an ice cream cone between it’s teeth. He noticed me gawping and stopped and glared at me indignantly with a look of unreserved entitlement, as if to say “’MERKUH!!” It was hysterical.

Most annoying things: The novelty of being Australian and having an “adorable” accent wore off pretty quick. Sometimes I just want to have a normal conversation without having to repeat myself three times and then explain that no, I do not have a pet kangaroo and yes, everything does try to kill you Australia, why do you think I came to ‘Merkuh?

The money – why are all your notes green? It makes much more sense to have a value-correlated colored notes like they do in Australia.

Highlights of my study abroad:

Halloween – the whole lot: Crazy dress-up parties, the Survive Towson Apocalypse, the Towson Percussion and Voice Faculty Concert I was a part of and the amazing atmosphere on campus during Homecoming Week.
The experience of living in dorms with all your friends who became your family over the course of the entire academic year.

To conclude: studying abroad has changed my life. The process of adjusting to and understanding another culture pushes you so far out of your comfort zone that you are forced to change your beliefs and attitudes about the world as you know it.

Too often, I feel this country has a blinkered view on life – if it ain’t happening in ‘Merkuh, it don’t matter.

I want each of you individually to step out of your everyday norms and comforts and look at the world around you to see how much diversity and difference there really is.

They could be the person sitting opposite you in Math 101.

Have you ever read a foreign news website or understood a global issue like carbon-dioxide induced climate change or learned about how well-intentioned foreign aid can create poverty traps in developing countries? Have you ever read the Quran, the Tripitaka, the Shruti or the Dao de jing? Do you know what these are?

I challenge you, fellow Towsonites, to step outside your comfort zone and become a world citizen, not just an American one. I hope that my articles have made some small contribution to your understanding of the greater world and perhaps inspired you to learn something new.

Thank you Towson for hosting me. I will never forget this amazing school.

One thought on “Saying goodbye to the USA”