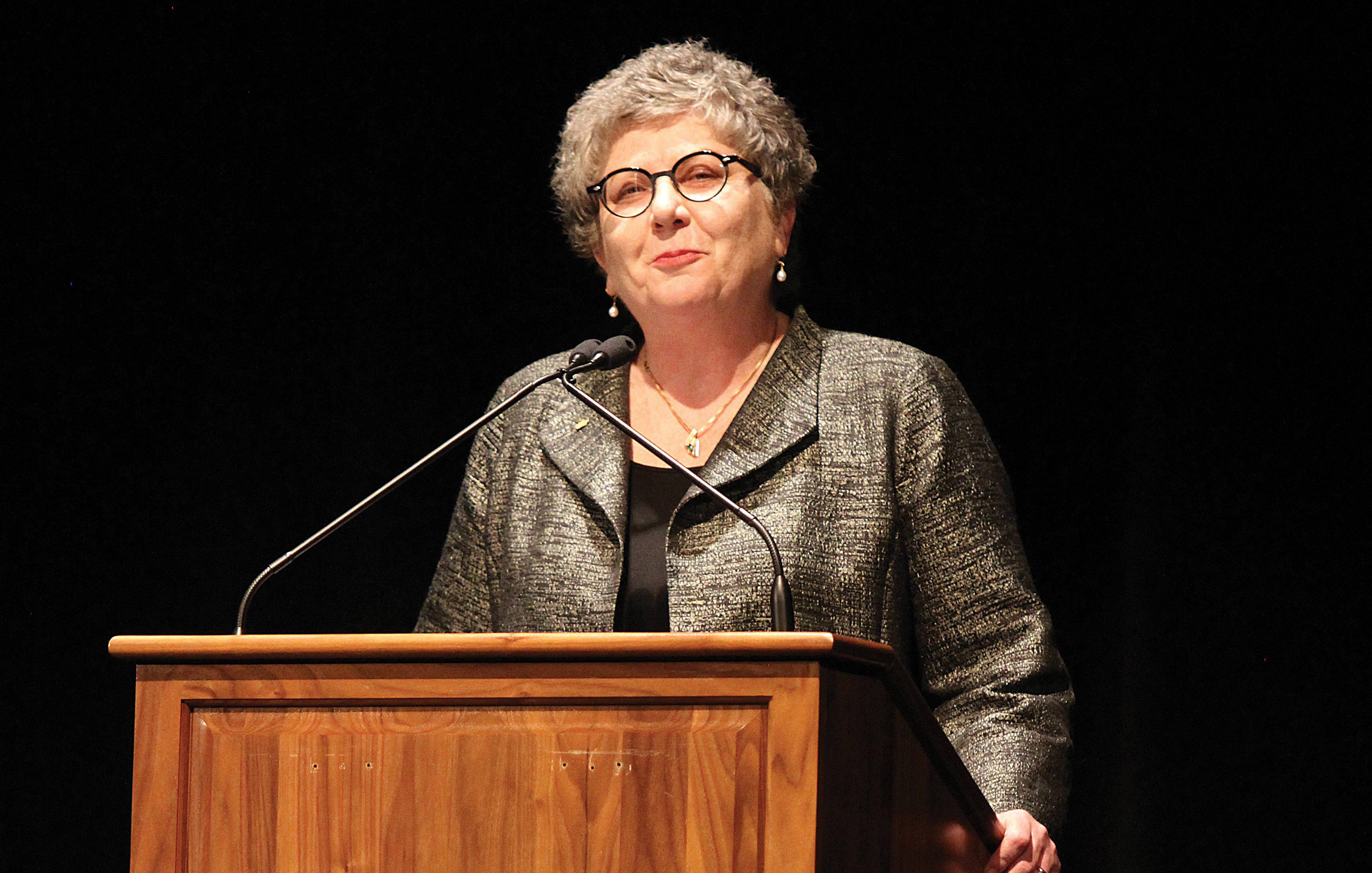 Towson University President Kim Schatzel cited communication strategy initiative TU Matters to Maryland and the creation of a chief inclusion and institutional equity officer position as two of her priorities moving forward during an address in Stephens Hall April 21.

She said that the new chief inclusion officer will be hired and in place at the University by early next year. Their job will be to “provide leadership and strategic vision” for diversity, cultural competency and inclusion efforts in the community, according to Schatzel.

The process for hiring this individual will include open forums for student and faculty input.

“When the call comes to participate, I ask for everyone to make it a priority,” Schatzel said.

Schatzel also said that the University’s hate/bias reporting system is under heavy review.

TU Matters to Maryland will retell Towson’s story and build a stronger foundation for the University’s future success. The program will commence in the fall and begin with an “identity audit,” which will analyze and collect data on how Towson is perceived. The initiative will take at least two years to complete, according to Schatzel.

Schatzel, whose term began in late January amid hazardous winter weather conditions, has conducted eight town hall-style meetings with students and faculty since she assumed the presidency. In these meetings, which she, a former marketing professor and business professional, refers to as “focus groups,” attendees were encouraged to share any complaints or compliments they have for the University.

During her address, Schatzel said that she received over 140 verbal questions and 82 written comments from student and faculty community members. From the feedback received during this listening tour, Schatzel noticed themes involving needed support for transfer and graduate students, problems with the academic advising system, existing enrollment models and a lack of campus inclusiveness, among others.

And, she said, “Everyone complained about the parking.”

Schatzel encouraged all community members to attend the April 26 Towson University Showcase from noon to 2 p.m. in Johnny Unitas Stadium’s Minnegan Room for more information on upcoming efforts to tie TU and the Baltimore community.