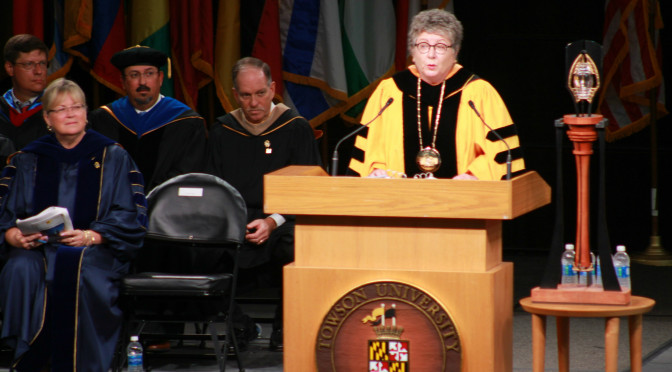 Towson University President Kim Schatzel apologized for not meeting the expectations that she would be present to show support or solidarity at a faculty and student walkout last week.

“I would just say that I’m very sorry that I didn’t meet expectations,” Shatzel said in an interview. “I did it for what I thought was a good reason. I wanted to be able to support the intention of the faculty that were planning it—by not distracting.”

“I’m upset and I’m saddened by the fact that I disappointed them,” she added. “I apologize if I didn’t meet their expectations.”

Schatzel explained that, if the president of the university were present at the rally, it might distract from the message that faculty and students were trying to convey, and instead shift the focus to what it meant that she was present.

During the rally, students who were present were audibly disappointed when they learned that Schatzel was not present. At one point, a student activist called for the administration to speak, but none chose to.

Schatzel said that she asked members of her senior leadership team—including Executive Vice President Tim Chandler and Vice President Deb Moriarty—to be at the rally and to keep her updated.

And, while Schatzel received some criticism on social media for being too busy, or for not caring enough about students of color to attend the rally, she said that simply isn’t true.

Last week, through Inside Higher Ed, over 100 college and university heads signed a public letter urging President-elect Trump to take a stronger stance against “harassment, hate and acts of violence.”

Most of the university presidents that signed on oversee private institutions. Towson University is not on the list of signatory schools, though nearby Goucher College and Morgan State University are. 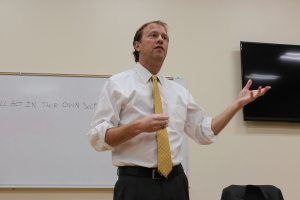 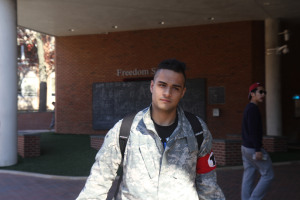