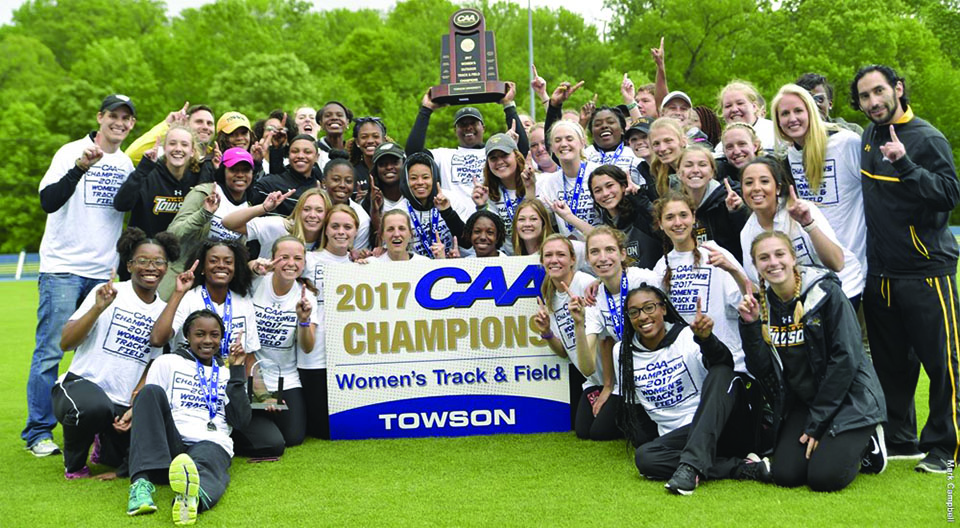 Towson won its first ever Colonial Athletic Association (CAA) Championship this weekend at Stuart & Suzanne Grant Stadium at the University of Delaware.

“I don’t know if I’ve been able to find a word to describe how I feel, but I know that the team is also in awe of its performance,” Head Coach Mike Jackson said. “We had a lot of major challenges throughout the season, people really battled hard and fought for their teammates and that’s why we were able to come out with the overall win.”

Sophomore Lauren Coleman became the first Towson athlete to win the shot put event with a school-record mark of 15.29-meters.

“She’s super excited,” Jackson said. “I would say she is the most improved athlete on our team this year. Last year she did not score in the shot put, so she’s a huge part of our team. We’re proud of her efforts and her performance, but also excited for her.”

“The four by one we expected to get in the top two,” Jackson said. “We made some changes. We have a lot of options with our four by one so we got second this year. We were able to get a medal. Last year we did not medal.”

Senior Megan Kelly joined McLean, Reid and Freeland in the 4X400-meter relay and finished in fifth-place with an ECAC qualifying time of 3:48.29.

Freeland finished with a time of 24.34 to win the 200-meter dash and qualify for the ECAC Championships.

Freeland also won and qualified for the ECAC Championships in the 100-meter dash with a time of 11.89. Freeland won the same event in last year’s CAA Championships.

“She pretty much put the team on her back this weekend,” Jackson said. “She was not going to be denied and there was not much I needed to say to her about being able to compete at a high level.”

Sophomore Zhane Washington had a personal-best 11.85-meter mark in the triple jump to earn a bronze medal.

Junior Taylor Weiss qualified for the ECAC Championships by placing sixth in the discus throw with a personal-best mark of 43.29-meters.

Kelly won a bronze medal in the 400-meter dash with a time of 54.94, while Reid placed fourth with a 55.56 time. Both Kelly and Reid qualified for the ECAC Championships.

Kelly won the 400-meter hurdles and qualified for the ECAC Championships with a time of 1:00.66.

Senior Megan Knoblock qualified for the ECAC Championships by placing fifth in the 3,000-meter steeplechase with time of 10:46.28.

Qualified athletes will compete in the 2017 ECAC Division I Outdoor Track and Field Championships in Princeton, New Jersey, from May 12-14.

“We’ll look at who’s qualified and try to figure out our game plan,” Jackson said. “Three’s a lot of transition that happens between now and then. Today and tomorrow are huge assessment days for our team to see where we stand physically, but as always we’re going to give our very best and play to win and see if we can improve on our overall team’s performance from last year.” 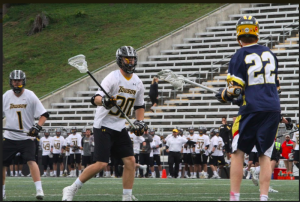 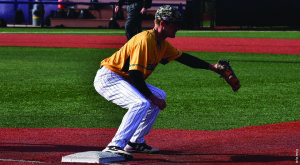