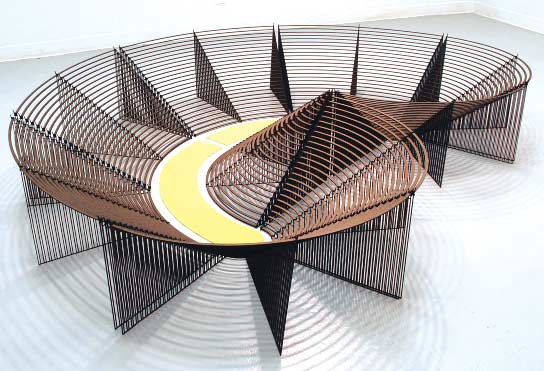 For the final installment of the Thursday night lecture series of 2017, the Center for the Arts at Towson University welcomed renowned sculptor Chris Boyd Taylor.

After years of art school and numerous teaching jobs in upstate New York, Taylor now resides in Huntsville, Alabama, where he teaches sculpting at a smaller research institution at the University of Alabama.

About 60 students and faculty piled into the Art Lecture Hall at 6:30 p.m. to hear how Taylor has achieved his success as a sculptor in the art world, while still juggling the responsibilities of being a husband and a father.

“This talk is directed to the students, not to the faculty, but to you all, the students,” Taylor said.  “And hopefully you come away with maybe some tools, maybe conceptual tools, maybe they’re studio tools that might help you develop into the artist you want to be.”

He gave students career advice about how they can pursue projects locally and build their professional resume. More specifically, Taylor discussed the benefits of participating in the municipalities that cities provide for local artists.

Taylor discussed his experience of his own project that never made the final cut for the city of Chicago after they had sent out a public request for proposals to artists in the area. Eventually, a museum contacted him about the specific piece and now displays his sculpture.

“I tell students, ‘Start going after those things now,’ you know, just try it. There’s nothing against putting something out there,” Taylor said. “The more that you practice that, the more you’re going to develop your writing skills, because writing is attached to all of these public art proposals.”

Throughout his many projects that include “Flag Bearers,” “Mascota” and “The Cardboard Kids,” Taylor has always been fascinated by the relationship between figure and object or viewer and art piece.

In a video project, Taylor explores this relationship between an object and himself, and communicates it through actions like stomping, kicking and throwing the object. His most powerful finding is when Taylor played the footage backwards, the object is now doing the action to the individual.

Taylor often relates this relationship back to his days on the wrestling team as a kid. He recognized that the same tension from facing an opponent in a sports match can parallel his art.

“It’s like this recognition, this recognition of the foe that’s in front of you,” Taylor said. “And so, I wanted you to keep that in mind that there is some sort of tension there. There’s this invisible tension, there’s this energy that’s about to manifest itself.”

Taylor’s biggest question he has always strived to answer in his pieces is how can he construct sculptures that create tension between an object and a figure. His mission is to find how sculpture blows people away and can impact the individuals viewing the piece.

On a recent trip to Tennessee, Taylor found his latest muse in the different sports structures and stadiums, which have prompted piece like “The Stands” and “Sunday Ritual.” The main point he attempts to communicate is how scale is impactful.

Stadiums and bleachers represent spectatorship on large and small scales and through these pieces inspired by his travels in the southeast, Taylor has found a way to create interaction between the viewer and the object.

This particular concept resonated with freshman Adelina Consoli, who attended the lecture for her class.

“Personally, I like to make art from my travels, and I saw that he did too,” Consoli said.  “So it was really nice to see that he makes art in the same way I do.”

Since Taylor has a family, the travelling for art has become less frequent, yet he manages to find inspiration for his art throughout his daily life and the things that affect him personally.

Lucy Bull, a junior art and design major at Towson University, found herself relating to this idea during the lecture.

“I thought that his main point was that we are observers and he was commenting on how we view the world and how we are affected by the things around us,” Bull said.

Through this lecture, Taylor wanted to showcase his art pieces and the concept behind them but also encourage students in their path into the art world.

“You’re going to develop your drawing skills, or your 3D modeling skills, or your model-making skills,” Taylor said. “You’ll learn how to push out an idea quickly and then you submit that. So, what you’re learning in your studio courses right now will apply to  certainly this sort of prompt.” 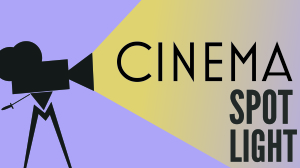 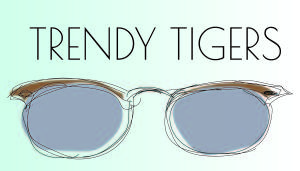