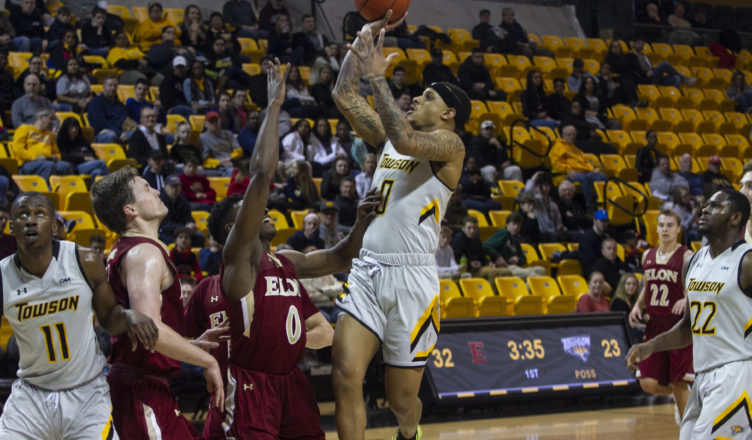 Towson let another close game slip through its hands as the team fell 74-73 to James Madison in the first round of the Colonial Athletic Association (CAA) tournament in North Charleston, South Carolina.

“The loss on Saturday was gut-wrenching and we’ve gotta figure out a way to get those wins, and we’re not far off,” said Head Coach Pat Skerry.

This is the ninth time this season Towson has lost a game by six points or less. Along with three overtime losses, it seemed to be the theme for this season.

“We had way too many close losses and I appreciate the effort of our guys,” Skerry said. “To have a good year, you gotta win close games and if we win eight or nine out of those twelve, we’re in better shape.”

With the loss, Towson was eliminated from the CAA tournament, bringing their season to an end.

Next season is already showing promise with the return of guard Nicholas Timberlake who missed most of this season with an injury. Transfer Juwan Gray will be eligible to play next season, giving the Tigers more depth in their roster.

Coach Skerry sums up this season as one of missed opportunities but he has he confidence in his team to improve next season.

“I thought our guys battled and we certainly made strides,” Skerry said. “We’ve fixed things before and we look to do it again.”