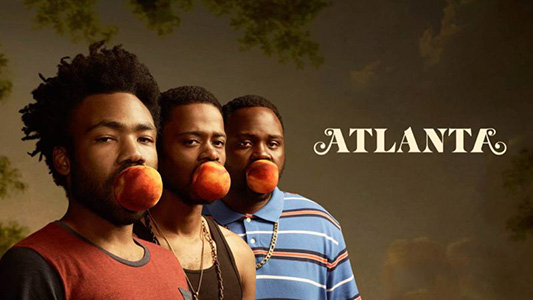 This recap contains spoilers from Season 2, Episode 1 of “Atlanta.”

After a 15-month-long absence from the airwaves, Donald Glover’s acclaimed comedy-drama “Atlanta” has finally returned, but the eponymous city is much colder than when we saw it last. Summer and all its awkward Juneteenth celebrations have now passed. Instead, Christmas is coming to Atlanta, and with it, “robbin’ season” — a spike in crime looming over the city during the holidays. From the very beginning of the second season premiere, Glover casts the shadow of robbin’ season to take the series in a new, decidedly darker direction.

Echoing the cold open of series’ first episode, “Alligator Man” leads with a shooting. Earn (Glover), Al (Brian Tyree Henry), and Darius (Lakeith Stanfield) are noticeably absent from the scene, however. In their place, we’re introduced to Curtis (Jasun Jabbar Wardlaw Jr.) and Droop (Frederick Williams), two young men who stick up a drive-thru for a drug stash rumored to be hidden in the back of the restaurant. The boys are well-armed, but so is the employee working the drive-thru register, which they soon realize as he unleashes a barrage of bullets onto their getaway car. Although the car stops for a brief moment during its escape, it is only to unload an unknown young girl from the back seat, who steps out screaming and covered in blood as she’s abandoned in the parking lot. Unlike the series’ first shooting, the scene lingers on after the bullets fly, revealing the horrified faces of the victim and the shooter in their aftermath. And as the title credits roll, “Atlanta” confirms with its new subtitle that robbin’ season is, indeed, upon us.

After showing how the city has changed with the seasons, “Atlanta” shows us how our characters have as well. When we return to Earn, he’s exactly how we left him: sleeping in a storage unit. But now it’s time to wake up. Although his storage unit home had been a small victory in his season-long struggle to be independent, it’s clear that Earn must move out to move forward, whether he wants to or not.

As the episode progresses, it’s clear that change has already come to Earn in big and small ways. For one, he’s cut his hair much shorter, so he certainly looks different. He’s been acting differently, too, as we learn from his parole officer that he’s been charged with narcotics possession with intent to sell. This recent addition to his criminal history also harkens back to the last conversation he had with his on-and-off girlfriend, Van (Zazie Beetz), in the previous season’s finale. Earn handed her a roll of cash, Van jokingly asked if he had become a drug dealer, to which he replied with an unchanged serious face. Before she could go on a full tirade about his irresponsibility as the father of their child, Earn stops her and laughs, “No, come on. You think I could really do that? I’d be so bad at it.” Having been caught, Earn was right that he’d be bad at it, but in doing so, he’s also proven that he really could do that. Van isn’t mentioned or in appearance at any point in “Alligator Man,” so it’s certainly possible that Earn’s relationship with her has been damaged by his most recent arrest.

Earn and Van aren’t the only ones with a seemingly damaged relationship this season. Earn learns soon enough that Al and Darius are on the rocks. They still share the same house, but it’s much more somber now. Their silence around each other speaks louder than words, especially when the only thing Earn can get out of them about their current falling out is, “I don’t want to talk about it.” Although the show has never been heavily story-focused, the past and all its mystery have played a part on “Atlanta”, and there’s a chance that the specifics of their situation will remain unclear, just as Earn’s dropping of Princeton has. Towards the end of the episode, though, Al and Darius do share a laugh together over Earn’s embarrassment, giving them common ground to reconnect on for a least a few moments.

But all of these details are simply context to the main plot of the episode, where Earn visits the house of the titular Alligator Man as a favor to Al, who believes his friend might be held captive there. It’s a textbook example of an “Atlanta” story, using its signature blend of surreal and awkward situations to explore very real emotions and experiences. Yes, Earn eventually finds himself in a house where only a few doors stand between him, a fully-grown alligator trying to get out, and four flustered cops trying to get in and control the situation, but the ridiculous escalation of it all only raises the personal stakes. He cannot afford to violate his probation with another arrest nor can he lose his good standing with Al, who seemingly needs Earn less and less now that his rap career is really taking off. It’s a story about the struggle of proving your worth in a situation that constantly limits your choices and ability to succeed. Most importantly, however, it’s a story worth watching, and I’m looking forward to where Glover and his wonderfully talented cast and crew take us next.

It’s good to be back in Atlanta. 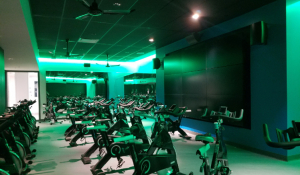 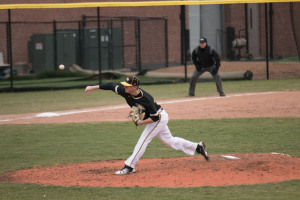