The event also featured former American soccer player Mia Hamm and former Orioles outfielder B.J. Surhoff in the daylong conference that was filled with inspirational stories from everyone involved.

“My dad always talked about something that I thought was really big,” Harbaugh said. “He just said, basically, that anyone that’s ever done anything, anybody that has ever accomplished one thing ever, had somebody somewhere along the way that believed in them and told them they believed in them.”

While the event featured personal stories, Harbaugh and Showalter discussed the recent happenings with their respective teams and the importance of their teams to the Baltimore community.

The Ravens had an uncharacteristic year that was riddled with injuries which resulted in a 5-11 record and no playoff appearance.

The Orioles also had a down year as the team finished with a .500 record of 81-81 after being crowned American League East Champions and reaching the American League Championship series the season before.

“Let’s not throw pats on the back to me and John on .500 seasons,” Showalter said. “I know we’re both not happy with that.”

Although Pathfinders for Autism is still busy wrapping up this year’s event, they were pleased with the outcomes from the conference.

“There were over 700 in attendance, and we’ve had wonderful feedback from sponsors and attendees regarding the speakers and their messages,” Jenn Hobbs, event coordinator, said. “It’s a great day for both Baltimore’s leaders and the autism community and we are always grateful for the opportunity to share our mission and spread autism awareness.”

– Tyler Beard contributed to this article. 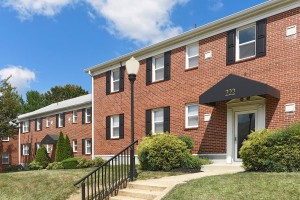