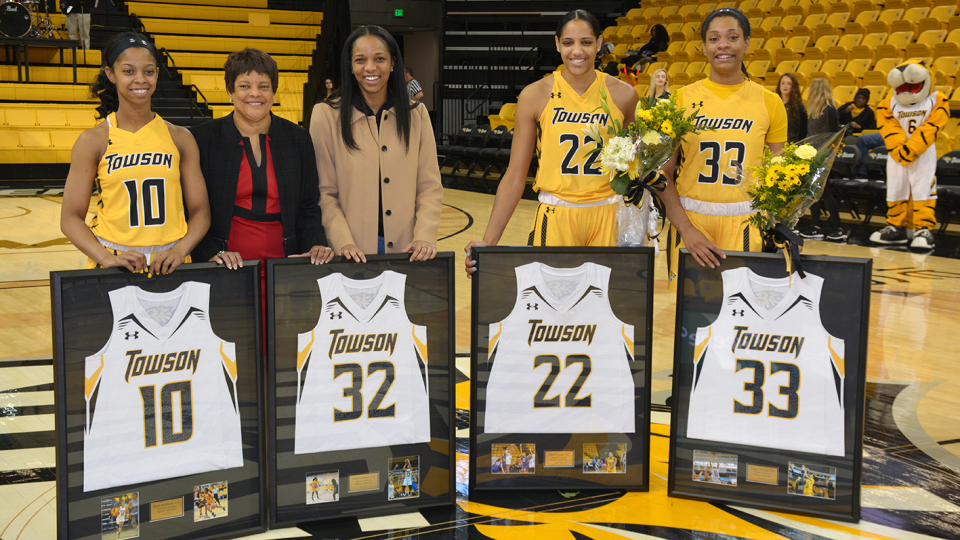 Towson’s women’s basketball suffered an 81-55 loss to Delaware in its final home game at SECU Arena. The team honored fourth-year members of the program with a senior day ceremony prior to tipoff.

“I saw energy was low in the locker room,” Richardson said, “The girls were extremely emotional about the seniors. The seniors have contributed a lot to this program, and it was emotional for them to know that they won’t be [with us] after the tournament.”

The first quarter began with back-and-forth scoring. Redshirt senior guard Raine Bankston scored seven of the home team’s first eight points, but Delaware took control of the game late in the first with a 15-0 run to close out the period.

The road team did not look back after getting out to a big lead as they held a 36-14 advantage midway through the second. Towson simply could not keep up as Delaware took a 46-29 lead into halftime.

Freshman guard Reyna Barbour and redshirt junior center Maia Lee tried to get the Tigers back in the contest. Barbour hustled for several loose balls throughout the game, while Lee finished the game with 18 points and 12 rebounds, recording the second double-double of her career.

Despite their impressive play, the Tigers could not get past the smothering defense of the Blue Hens as the road took a 64-40 lead entering the fourth.

Towson showed more energy as a team in the fourth, moving the ball well and amping up the intensity on defense. However, it was not enough to catch up to Delaware as the visitors held on for the convincing win.

“This was not the way we wanted to end our last home game, but I think it was a nice way to send our seniors off,” Richardson said.

Up next, the Tigers kick off the Colonial Athletic Association (CAA) tournament by facing the UNC Wilmington at the Daskalakis Athletic Center Wednesday afternoon. Tipoff is set for 2 p.m.