The Student Government Association is working on an initiative to launch vending machines around campus that would offer multiple sexual health and reproductive health products, ranging from menstrual products to Plan B, according to SGA Director of Health and Wellness Airial Turner.

“[SGA President James Mileo] basically told me that we wanted to see a lot of things, like pregnancy tests, menstrual cups, pads, tampons, condoms and Plan B,” Turner said. “Basically the machine is just another cost-effective way for students to be able to get the products at a certain time.”

According to Turner, the SGA is hoping to install three vending machines around campus: one in the 24-hour room in Cook Library, one in the Union and one in the West Village Commons. However, there is no official launch date yet.

Sexual Violence Prevention Educator Kailah Carden noted the importance of easier access for students to items that these machines would provide.

“I think access to reproductive and sexual health items and needs are really important for everyone, including college students,” Carden said. “In terms of menstrual products, that’s obviously something people may need 24 hours a day, not just when they have easy access to a store. The same goes for sexual health. If you don’t plan ahead, you may need access to that when a store is not open, and you don’t have a convenient location to get what you may need.”

According to freshman Jaline Vasquez, menstrual health items are an item she looks forward to being able to obtain easier.

“As women, we don’t have a choice in needing feminine products, so it feels good that the University would be helping us obtain and afford these products,” Vasquez said.

“Although there are some places on campus to find free menstrual health products, they are usually out of the way and only offer a limited supply, while condoms are offered at every residence hall in an unlimited supply,” Biddle said. “Sex is optional, but periods are not.”

In terms of cost, the SGA is still working on what the machines will be able to provide for free and what items will require students to pay for them.

One of the items in the machines will be the emergency contraceptive, Plan B. This is an over-the-counter pill that is used to decrease the chance of pregnancy if taken within 72 hours of unprotected sex or birth control failure. Plan B is also available in the Health Center, according to Carden.

“In terms of Plan B, there will be the regular kind and there will also be Ella, which is another brand,” Turner said. “This is due to the fact that there is a weight requirement for Plan B.”

Mileo said the SGA’s vision behind creating the vending machines was to maintain a safe and equitable environment for students.

“The idea behind this is not only to increase conversations about sexual health and actually normalize it by putting it out there, but also to provide equitable access to it,” Mileo said. 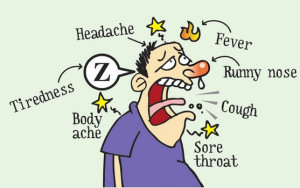 Previous post How to protect against deadly flu: Q & A with Health Center 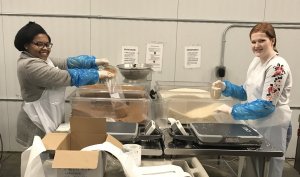