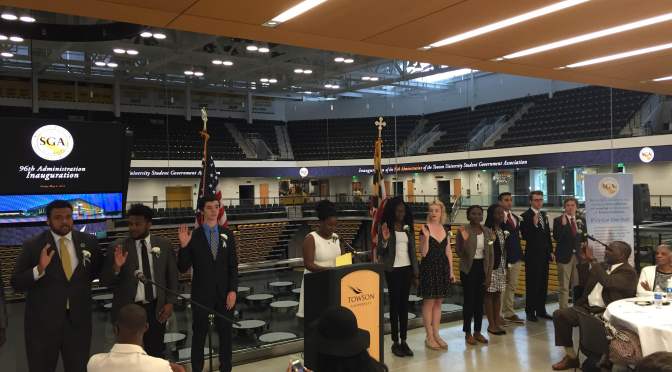 President Taylor James, Vice President James Mileo, Treasurer Mary Crow and Attorney General Pat Mascio make up the elected members of the executive board. Breanna McLartey will be appointed as Chief of Staff.

Members of the executive cabinet will be appointed in the coming days.

Senators and justices also took their oaths of office.

James, in her inauguration address, reiterated that the administration would reject complacency and move forward–a slogan that closely ties in with her ticket’s name, “Forward.”

Last year’s election drew over 3,200 students to the polls. This year, according to election results, just over 1,000 students voted.

This year’s election also approved a revamped SGA constitution, voted in favor of by 931 students. The new constitution includes more specific job descriptions, a process for selecting the director of diversity outreach and more autonomy for the solicitor general.