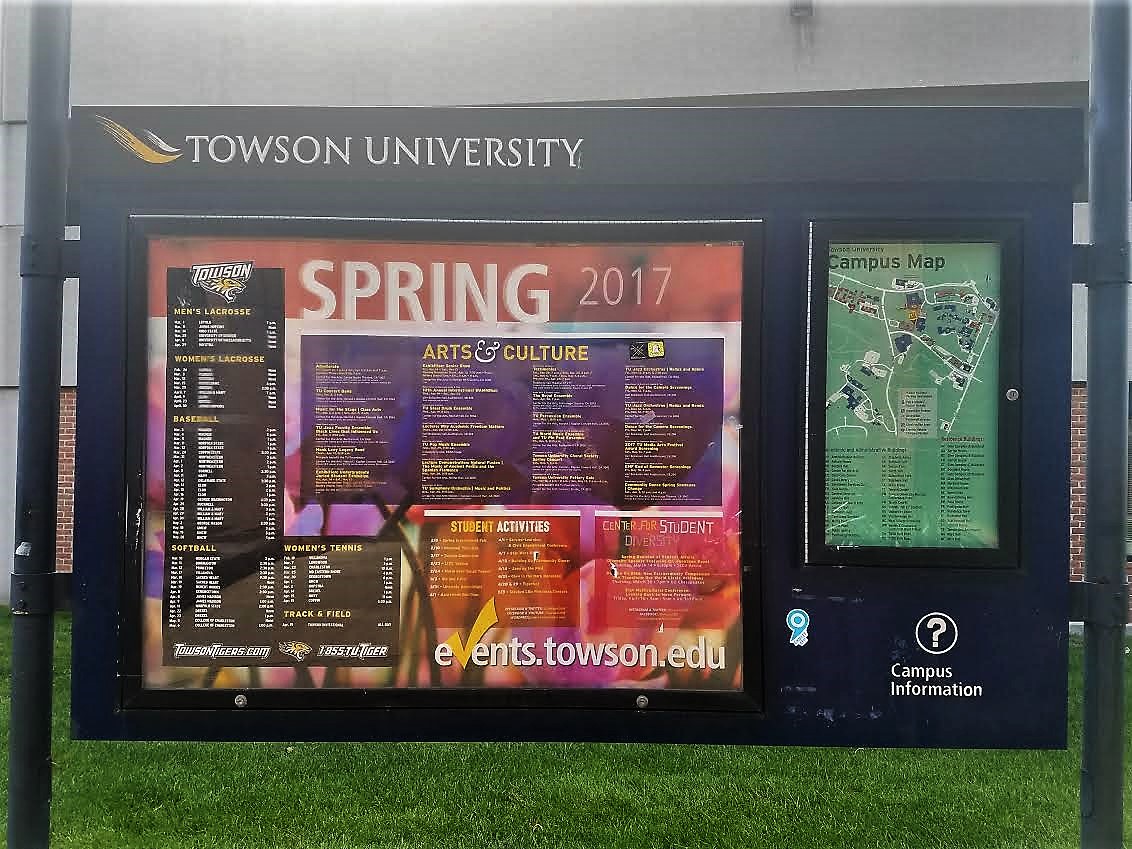 Towson University’s Student Government Association passed a resolution advocating for the creation of tactile maps on campus for blind and visually-impaired members of the Towson community.

Tactile maps are images that use raised surfaces to indicate where different buildings or places are located on the map. This allows the user to read the map by touch.

The resolution, which was passed at their April 18 General Assembly meeting, will push to get these maps placed at the information centers on campus, according to SGA Senator Jackie Bikoti.

Bikoti said she was inspired to pursue this initiative after one of her professors asked her class to find how accessible different aspects of campus were.

In her search, Bikoti said finding a tactile map proved to be a struggle.

“We went to the information desk in the Union and they were like ‘we don’t have those’ and I was like ‘okay, that’s interesting,’” she said. “Then I realized that we do have students on campus that are either blind or visually impaired and so I was like ‘okay, I’m in student government, so maybe I could bring up this issue.’”

According to Bikoti, the SGA is currently working with the Office of Technology Services, along with other organizations, to get these maps into information centers as quickly as possible.

Bikoti hopes that the maps will be available to students next spring at the latest, but she did not give a definitive timeline for the project.

Senior Nathan Clark, a member of the National Federation of the Blind, said that “for new students, I think [tactile maps] would be valuable for them to understand the layout of the university.”

Clark also believes that the incorporation of tactile maps on campus would be beneficial for the university because it would show prospective students that Towson is committed to being accessible and inclusive of everyone, including those who are disabled.

Clark, Willemin and Mauldin agreed that one of the next steps in making Towson more inclusive is to incorporate electronic and media accessibility, so that blind and visually-impaired students have better access to tools like Blackboard, online enrollment and course materials.