In one of the most inspiring comeback stories in recent memory, Washington quarterback Alex Smith was cleared for full football activity in late July. He suffered one of the most devastating injuries I’ve seen in any sport when he injured his leg in 2018. He missed all of last season recovering and if he plays will definitely be in consideration for the Associate Press Comeback Player of the Year Award. Based on how he’s progressed along with the struggles that quarterback Dwayne Haskins had last season as a rookie, it seems likely that if Haskins doesn’t take the next step that Smith could see the field in 2020. I wanted to dive deeper into the question of if he should play this season because I feel there’s a strong argument for both sides.

While it appears that he’s making progress, there are still a lot of questions surrounding his health. He hasn’t been cleared for 11 on 11 drills in practice, and most importantly he hasn’t taken a hit in two years. Even once he takes a hit, if a defender aims for his leg will he be able to handle it? Smith is 36-years-old, even if he plays his career is winding down and another injury could force him to retire. He’s had a long career and has been selected for three Pro Bowls. It’s not likely Washington will be a Super Bowl contender this year, so if he’s going for a championship this isn’t the team to be on. Is it worth it to him to continue working on his leg if he’s going to be the backup behind Haskins? Based on his actions it appears he’s willing to fill that role, but for how long? I doubt if he’s willing to put all this time and effort into rehab that he wants to spend the rest of his career as a backup. If he decides to retire, I think the response would be overwhelmingly positive given all he’s been through. If I were in his situation, I’d consider that I hopefully have many more years left in my life and that another similar injury would only make it worse. I’d strongly consider retiring and focusing on raising the three children Smith has.

He may the backup, but not for long

He will have to battle quarterback Kyle Allen for the backup job, but if he’s healthy he should be the backup. Last season didn’t go well for Haskins, in nine games he completed less than 60% of his passes and threw seven touchdowns and seven interceptions. Last season’s head coach Jay Gruden reportedly didn’t want Haskins in the draft but Washington still selected him. It seemed that Gruden never gave Haskins a fair chance and because of it lost his job after an 0-5 start. Haskins now gets head coach Ron Rivera who on paper should be a significant improvement, and so far seems to trust Haskins. But if Haskins continues to struggle I think it would make sense to give Smith an opportunity. In his last full season as a starter with the Kansas City Chiefs in 2017 he threw for over 4,000 yards with 26 touchdowns and only five interceptions. If he returns to this form, he’ll be starting for someone even if it’s not in Washington in 2021. My impression of Rivera is that he wants to win and will make the best decision he thinks will make that happen. I don’t think he would be scared to bench Haskins for poor performance and that could be the opportunity Smith needs to prove he’s still got what it takes. With how much inconsistency Washington has had in the last 25 years, I think they want to start winning, with or without Haskins under center.

I’m a New York Giants fan, and Washington is my least favorite team in football. But I have nothing but respect for what Smith has overcome, and if he plays it will be a moment I’ll remember for a long time. I truly hope he uses his opportunity and makes the most of it, with everything he’s been through, he deserves it. 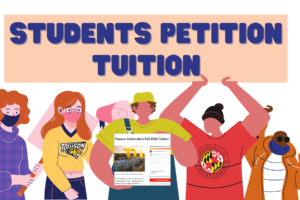