As a New York Giants fan, it’s been a rough first three weeks of the season. They just lost by 27 points to a San Francisco 49ers team that had six starters inactive including quarterback Jimmy Garoppolo, tight end George Kittle, and defensive end Dee Ford. To put it simply, they were blown out by the Niners backups. Through three weeks it’s hard to find many positives to point out, and that’s my goal for this column.

When you lose at home by 27 to a team that’s basically playing their backups, it’s hard to find anything that went well. But defensively, we played well in the first quarter. San Francisco’s two drives both took over five minutes of the clock, but neither drive went further than 41 yards. They only had one play for over 20 yards on either drive and most of their plays weren’t anything noteworthy. I think that’s something as a defense the coaches can build off of, clearly, something is working at that point in the game.

As I said before, it was hard to find much that went well. But defensively we made some good plays early in the game, and the way I look at it, this game could’ve been a lot worse on the scoreboard.

I will talk about New York’s offense in the next section, but special teams played well overall. Kicker Graham Gano hit all three of his field goal attempts, and punter Riley Dixon hit a 54-yarder that pinned the Niners inside their own ten. You may be able to argue those four plays were the best ones all game. Special teams never get the recognition they deserve, so at least they showed up to play.

And then, there’s the offense –

The best way I can describe how the Giants offense has played, not just this game but overall so far, is disappointing. Quarterback Daniel Jones has struggled with turnovers his entire career, he added two more in this game which clearly hurt the team. But he wasn’t alone in coughing up the ball, three other players fumbled in the game, and putting it simply this can’t happen. You know what makes a team like the Kansas City Chiefs so good? They rarely turn the ball over.

In the opening week against the Pittsburgh Steelers, wide receiver Darius Slayton had six catches for 102 yards and two touchdowns. There’s a number of reasons why he hasn’t been much of a factor including the offensive line and more attention from the opponent. I’d like to see him more involved offensively, set up a slant where Jones can get the ball out fast if he needs to, or set up a screen and let him get in space. He’s clearly a talented player, why not take advantage of it?

As running back Saquon Barkley is likely to miss the rest of the season, we need someone to step up. Whether it’s Slayton, wide receiver Golden Tate or tight end Evan Engram someone needs to step up and fast.

After a road trip to face the Los Angeles Rams, New York faces three NFC East rivals. Heading into week four none of them are .500, let alone have a winning record. We should be able to beat at least Washington and maybe the Philadelphia Eagles. I don’t think we beat the Dallas Cowboys, but I certainly hope I’m wrong. These next four games will be a real indication of where the Giants are at as a team.

To my fellow Giants fans, I get it. We’ve been one of the worst teams in football since our 2011 Super Bowl run. We’ve tried to be patient in this rebuild and some fans are starting to lose it. But the good news is I think change is coming fast. General Manager Dave Gettleman doesn’t have long to show we’re heading in the right direction. If we don’t show significant progress by the end of the season I think he’s fired. I don’t blame first-time Head Coach Joe Judge for this, I think it falls on Gettleman and the lack of talent Judge has to work with. 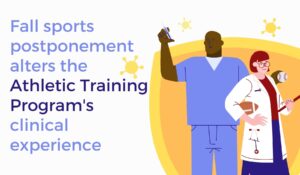 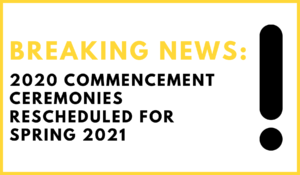