Indianapolis Colts kicker Adam Vinatieri has struggled this season. The future Hall of Famer has missed more extra point attempts this season than any other in his career. His field goal percentage is his worst since 2003, and his performance has cost the Colts multiple games this season. Earlier in the season, reports surfaced that he was considering retirement. Is it time for the Colts to cut ties and move on?

“There was never a time that I was going to walk away, absolutely not,” Vinatieri said. “In the world we’re living in now, it’s easy to give up or turn your back, but that was never a thought of mine.”

It’s clear Vinatieri still wanted to play and turn his season around, however, he hasn’t succeeded.

According to ESPN five of Vinatieri’s six missed extra points happened when the game was a three-point difference. Kickers are supposed to be the most reliable position on the field, and it’s clear Vinatieri has been anything but so far.

Through 11 weeks, 11 kickers that have played at least 10 games have made 85% of their field goals, with five making over 90%. Vinatieri has converted 75% of his field goals. If any other kicker performed like this, they would have been released weeks ago. He is a leader in the Colts locker room, but at some point on the field performance has to matter the most.

At this point in the season, the available kickers aren’t anything impressive. There are two available kickers I think Indianapolis should strongly consider. Former Baltimore Raven Kaare Vedvik was released by the New York Jets after week one. He missed an extra point and field goal as the Jets lost by one point. Despite this performance, he’s been solid in the preseason the past two years. Against the Jacksonville Jaguars this preseason, he went 4-4 on field goals including one from 55 yards. With the right opportunity, I believe he can become a great player.

Another kicker the Colts should look at is Chase McLaughlin from the San Francisco 49ers. He was signed midweek after Phil Dawson was injured. He made 3-4 field goals against the Seattle Seahawks, including one to force overtime. Despite his horrible miss that would have won the game, I believe Mclaughlin proved he can step up in clutch moments. Every kicker is going to have a bad miss, and since he’s a rookie he can only get better.

I have nothing but respect for Vinatieri, he’s been the ultimate professional for over 20 years. He has conducted himself with class and dignity and will go down as the greatest kicker of all time. With a 6-4 record, Indianapolis is in the thick of the playoff race. They can’t afford to lose more close games because of their aging kicker. 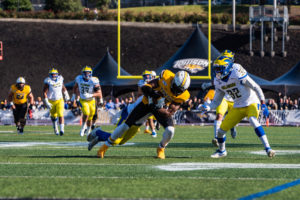 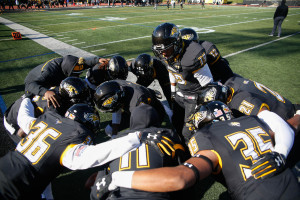