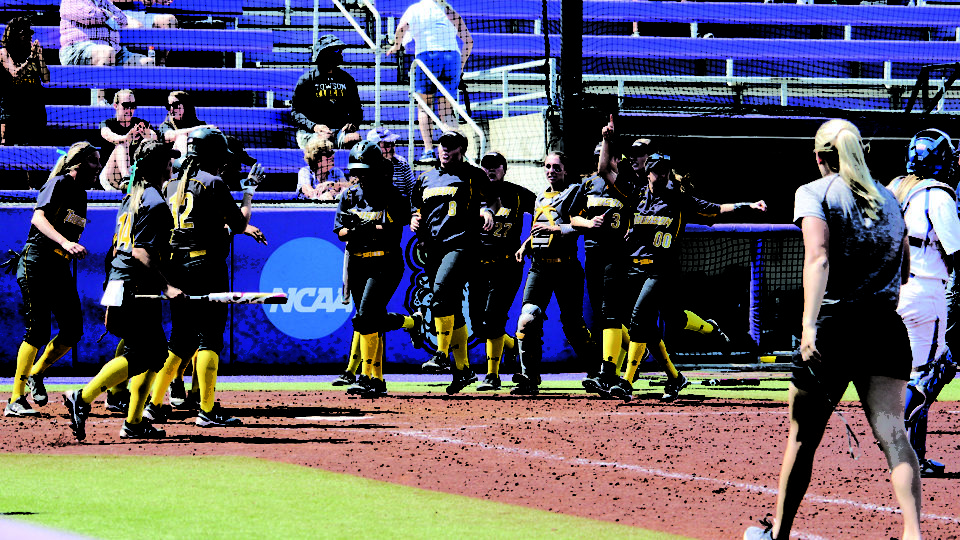 Towson kicked off their season with a trip to Spartanburg, South Carolina for the Spartan Classic on Feb. 8-9 at Cyrill Stadium on the campus of USC Upstate.

The Tigers finished their run on Saturday evening with a 14-5 loss to East Carolina.

After an early 5-1 lead in the second with five different players crossing home plate, the Pirates (4-1) took control of the game in the fourth with a 12-run inning.

“This is not going to happen again, everyone struggled at the same time,” said Head Coach Lisa Costello. “Defensively, we didn’t play well and wish we added more runs on earlier. We had opportunities to score, but we’ll figure it out.”

Three errors by Towson (2-2) in the fourth accounted for three of the runs.

East Carolina collected 14 hits compared to just four from the Tigers. No Towson batter had two hits and six batters did not record a hit. The Pirates, meanwhile, had five batters with multiple hits.

In the third game of the tournament, Towson faced the hometown USC-Upstate Spartans.

Freshman Breanna McDowell started for the Tigers and struggled early. She gave up three runs, and her day was over after 1.2 innings pitched.

“This was her first college start, so we’re going to see some of that,” Costello said. “We’re so young this year, but they’ll settle in with the rest of the team.”

Redshirt junior Ashley Cruise pitched 2.1 innings and was credited with the loss.

In the first, senior Nicole Stockinger reached second off an error while Jackson scored the first run. Later in the inning, junior Julia Smith-Harrington doubled and after a late throw to third, senior infielder Casey Meyer and Stockinger scored to give Towson an early 3-0 lead.

The Spartans responded with three runs in the bottom of the second to tie the game.

Stockinger took the lead back with a homerun in the top of the third to left field. Towson gave up the tying run off a home run to begin the bottom of the third, but the team recovered to get out of the inning.

A two-run home run would be the difference in the fourth as USC-Upstate would come out on top 6-4. The Spartans (3-1) doubled the Tigers in hits with a 12-6 advantage.

“We’ll keep getting stronger, it’s the first weekend we’ve been outside,” Costello said. “I think we competed well. ECU and Upstate are great programs, so to have a lead is encouraging.”

The Tigers got off to a strong start, winning two straight before splitting the weekend series at the USC Upstate Tournament.

Smith-Harrington continued her strong start to the season against Youngstown State (0-4), this time on the mound. She pitched a complete game shutout, allowing three hits and striking out five.

“She threw great, she changed speed, and everything was working well,” Costello said. “This might have been one of the best games of her career.”

Junior Lindsey Toneygay started the scoring with a two run homerun in the second. Junior shortstop Jaclyn Mounie hit a single in the third, scoring two.

Toneygay hit a single in the fourth to score freshman shortstop Cali Christopher. In the sixth, Christopher scored on a passed ball and senior Kendall Arcia hit an RBI double to left center to put Towson ahead for good, 8-0.

In the first game against Miami of Ohio, the Redhawks (2-3) went ahead 2-0 in the first inning with two solo home runs by sophomore outfielder Morgan Lott and senior infielder Johniann Wahl.

Stockinger responded with a blast to left center to cut the Tiger deficit to 2-1.

Towson began to come back as Arcia hit a double on an error allowing  Mounie to score. In the fourth inning, junior first baseman Madison Wilson hit a single while junior utility Jessica Swistock took the lead 3-2.

Arcia hit a triple down the right field line, allowing Mounie to add to Towson’s lead. Miami would score in the fifth, but would be shut out the rest of the game.

Smith-Harrington hit an RBI double and scored in the sixth off a double from Meyer.

Wilson wrapped up the scoring with a stolen base allowing freshman outfielder Nicole Kidwiler to score. Wilson ended the game scoring on a wild pitch as the Tigers won 8-3.

“I was pleased with the way we came out, we did some things well offensively,” Costello said.

The Tigers head to Coastal Carolina next Saturday for another four-game weekend. Their first game is against Eastern Kentucky. First pitch is slated for 9:30 a.m. 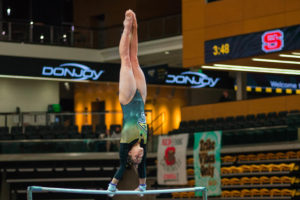