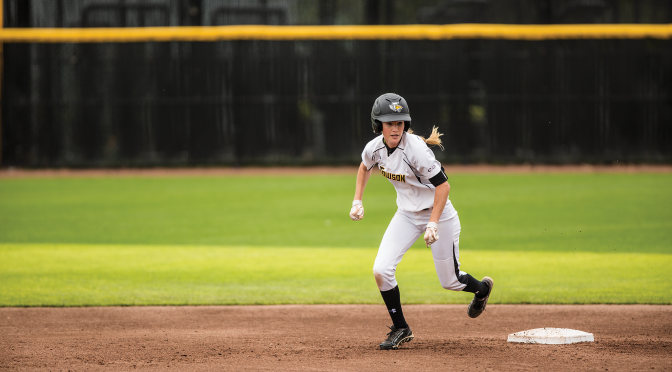 “It feels really good knowing we are going in as the two seed,” senior pitcher Ambar Hickman said. “It just puts us in a really good spot to succeed.”

In the first inning, the teams battled to make it on the scoreboard, but were unsuccessful.

In the top of the second inning, the Seahawks took a 2-0 lead thanks to an RBI double from sophomore infielder Kelsey Bryan.

However, the Tigers cut their deficit to 2-1 in the bottom of the second inning when freshman designated hitter Nicole Stockinger was brought in by an RBI double from junior second baseman Caroline Reid.

Later in the inning, Reid came around to score on an RBI single from sophomore center fielder Kendyl Scott.

The Seahawks came back in the top of the third inning to take a 5-2 lead thanks to a three-run home run to left field off of the bat of junior infielder Lauren Moore.

However, Towson rallied in the bottom of the sixth inning when Reid scored on an RBI double from senior left fielder Olivia Yabrough to make the score 5-3.

Later in the inning, sophomore catcher Shelby Stracher sent a two-run home run over the center-field fence to tie the score 5-5.

Then with freshman pinch-runner Bailey Boyd on base, sophomore shortstop Brook Miko hit a double to right to end the game and secure the Tigers a 6-5 victory.

“I think we just stepped it up when it mattered,” Yarbrough said, “And that’s what we need to continue.”

In the second game of the doubleheader, Towson defeated UNC Wilmington 8-2.

The Tigers got out to a fast start by scoring five runs in the first inning.

In the bottom of the second inning, Towson expanded its lead to 6-0 after Stratcher hit an RBI double to left field that brought Yarbrough in to score.

In the top of the third inning, the Seahawks scored two runs on an RBI double from freshman third baseman Hannah Adamczyk that brought the score to 6-2.

However, Towson scored the final runs of the game after a home run from junior first baseman Holiday Cahill in the fourth inning and a home run from Miko in the sixth inning.

The Tigers hung on to win the game 8-2 and sweep the doubleheader. The pair of wins also landed the Tigers a No. 2 seed in the CAA Championships.

The CAA Championships will be held in Harrisonburg, Virginia, at James Madison on Wednesday, May 11.

First pitch is scheduled for noon.