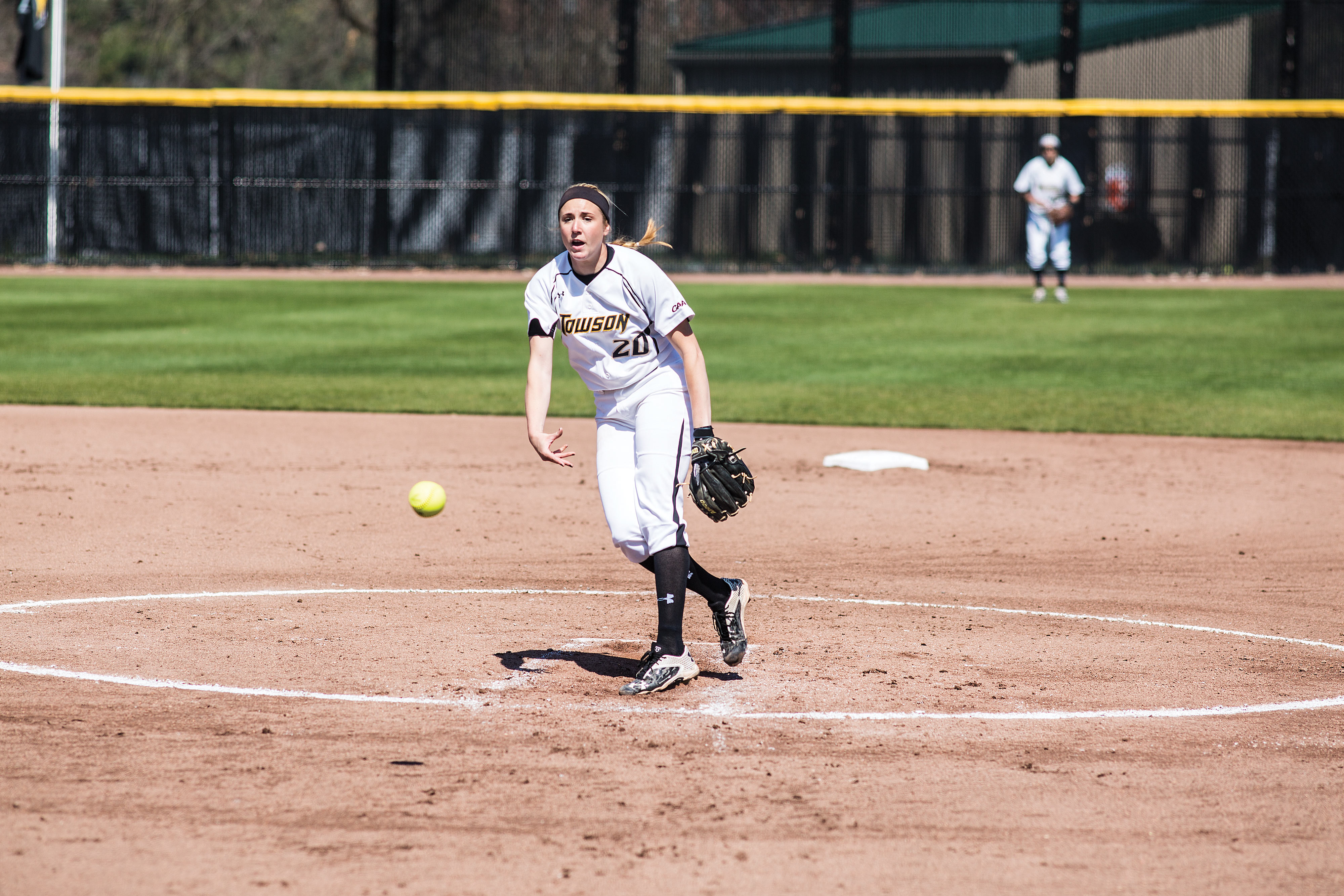 Towson earned a series win on its home field after taking two out of three games from Hofstra to open up Colonial Athletic Association (CAA) play.

“It’s tough to play the same team three times because they get to know our strengths and weaknesses,” junior first baseman Holiday Cahill said. “On the other hand, we get to learn theirs too, so it just comes down to who can make adjustments quicker and better.”

The Tigers defeated the Pride 6-5 Sunday.

Towson drew a pair of walks to open up the game in the bottom of the first inning.

Hofstra cut Towson’s lead to 3-1 after sophomore right fielder Brielle Pietrafesa put the Pride on the board with a solo home run in the top of the second inning.

However, Stracher hit a three run home run in the bottom of the second inning, driving in sophomore center fielder Kendyl Scott and freshman third baseman Kaylen Minnatee, to put the Tigers up 6-1.

“I don’t like to focus on anything,” Stracher said. “I just like to play my game how I always do, no matter what the score, and stay consistent.”

The score remained 6-1 in favor of the Tigers until the top of the seventh inning, when freshman Madison Ambush came in to pinch hit for the Pride and hit a grand slam to bring Hofstra within one run of Towson.

However, senior pitcher Ambar Hickman took the mound for the Tigers to get the final outs of the game and record her second save of the season.

Towson went eight innings to earn a 6-5 win over Hofstra Saturday in game two of a doubleheader.

The Tigers got out to a fast 3-0 start thanks to an RBI single from Scott, an RBI double from sophomore shortstop Brook Miko and a Hofstra error.

In the sixth inning, Towson extended its lead to 5-1 after two-run home run to center field from Miko.

However, the Pride tied the game 5-5 in the seventh on a three RBI double from senior third baseman Kim Smith and an RBI single from sophomore catcher Brittany Allocca.

After a scoreless bottom of the seventh for Towson, the two teams went into extra innings where the Tigers earned a 6-5 walk-off victory in the eighth after Scott scored on a wild pitch.

In game one of the doubleheader, Towson fell to Hofstra 8-2.

The Tigers fell behind the Pride  3-0 in the thid inning.

However, Towson scored two rus in the second inning to cut Hofstra’s lead to 3-2, but could not mount anymore offense for the rest of the game.

The Pride went on to score three runs in the fifth inning and two runs in the sixth inning to secure an 8-2 series opening victory over Towson.

The Tigers will host George Mason for a midweek doubleheader on Wednesday at 2:30 p.m. before heading down to Harrisonburg, Virginia, on Saturday and Sunday for a two game weekend series with James Madison.