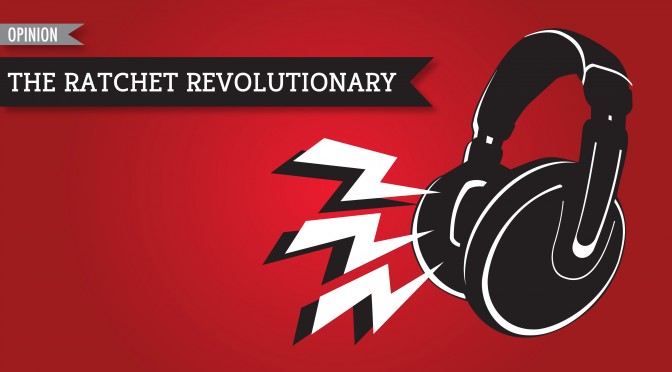 Hearing that Rae Sremmurd is going to be our Tigerfest artist moved me to such black joy that I almost exited my body. I, as well as most of my friends, are very excited to be able to go to a Towson event that was planned and executed with people of color in mind. Big shout out to CAB for looking out. In one year they’ve brought us Fetty Wap and now Rae Sremmurd. It’s super lit.

But even with all of this lituation, we now have to discuss some things before the concert arrives. I, in fact, thought I would allow you two weeks to process this information so that no one will be confused.

I’ve noticed the same offensive behavior from my white counterparts at hip-hop concerts, and it evokes so much annoyance that I almost feel like fighting them.

The following acts, THAT I AM INSTRUCTING YOU NOT TO COMMIT, are inarguably acts of RACISM and FETISHIZATION. I will be offended if you do any of these things. Don’t do them.

Do not drunkenly touch my hair. I, as well as most other black girls, do not like this. I know “it looks like wool,” and “it’s so soft,” and that you “wish your hair did that.” While sometimes I let it slide in some capacity, on that day I can guarantee you that I won’t. If you touch my hair without permission, I will slap your hand away and give you a brief history of race relations in the US (heads up, it’s never brief), then mean mug you.

Do not smack my booty as I twerk. I am going to twerk (for the ancestors) with vigor. It will be rhythmic and spiritual. This is not a call for you to violate my body. The light smacking of one’s butt while she is twerking is perfectly acceptable amongst friends who have that understanding. Do not see this and think this is your chance.  If you smack my booty, I will push you and give you a brief history of race relations in the US (heads up, it’s never brief), then mean mug you.

Learn the words… Please? Okay, not knowing the words to a song isn’t exactly racist. But it blows me to my core when you can only sing along to two songs then stand there rocking awkwardly to the beat. It also leaves space, time and opportunity to either try to touch my hair or smack my booty as I twerk. If you don’t know the words to at least seven songs… I will not harm you in anyway, but I may still give you a brief history of race relations in the US (heads up, it’s never brief), then mean mug you.

DO NOT, UNDER ANY CIRCUMSTANCES, AT ANY MOMENT, SAY THE N-WORD. Have you ever noticed that when White people say the n-word at concerts they say it with extra force? Look yo, don’t even think about saying it. Not here. Not at Towson. Not in my presence. Not ever. You know that you shouldn’t say it. You know that that word isn’t for you. Hearing it in a song doesn’t give you the right to say it. I don’t care if you do this in the privacy of your own home, or in the confines of your own parties where there are no black people to square up with you. I don’t care if you mean it “as a term of endearment” or if you say it with the “a,” as opposed to the hard “r.” I’m not going like that. If you say the n-word, I will square up with you AS I give you a LOOOOOOOOONG history of race relations in the US, then mean mug you.

This is not a drill… I am not kidding. Do not feel threatened… Just do what I say. The results will be positive for all of us. I’ve given you two weeks. Act right.