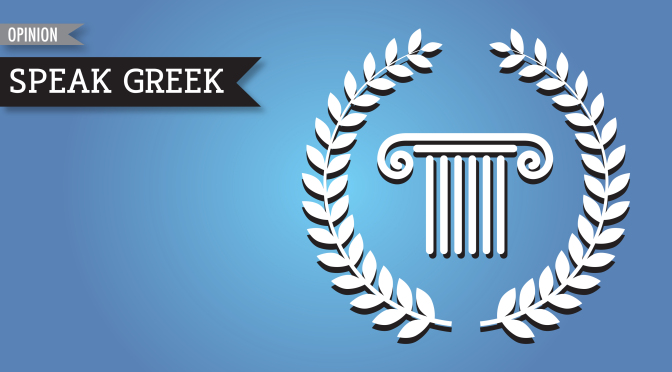 It’s October, and I’m incredibly excited for Halloween, so I’ve gathered some very creepy stories from Towson’s Greek community. Let’s get spooky.
I’ll start out with one of my own paranormal experiences.

You Don’t Mess with a Girl’s Dog:
It occurred months ago, but I still think about it sometimes when I’m alone in my house and hear a noise. I had a ton of friends over one summer night, and at some point someone noticed the cheap Ouija board my sister bought from Target.

We used it for a while without anything particularly strange happening. We had several conversations, but there was one that really freaked me out.  From the moment we began talking to the spirit, something instantly felt wrong. It felt like there was a presence in the room, like we were being watched.

As much as we felt the presence, I believe that my dog felt it even more. As we were using the board, he jumped up from where he was sitting and ran to our glass sliding door. He began barking ferociously and looked extremely upset. I tried to calm him, and looked outside at my backyard, but absolutely nothing was there (he usually barks at deer or squirrels).

Half-joking, I asked out loud to whoever we were communicating with: “Can my dog see you?” Instantly, my dog started whining, making the noises that he makes when he is in pain. I shouted “GOODBYE” to the spirit and packed the board away. You don’t mess with a girl’s dog.

I haven’t used an Ouija board since.

Anyway, enjoy the rest of these supernatural tales from Greeks!

There’s Something in the Corner:
“It was my freshman year of college. I was asleep in my dorm and woke up to a tight feeling in my chest. My eyes were open, but I couldn’t move my body. It felt like every muscle in my body was paralyzed. Then I felt a very evil presence in my room. I looked across the room to the door and saw a tall, dark figure standing in the corner.
I started screaming (or so I thought) and closed my eyes until I was able to fall back asleep some how. When I woke up, I told my roommate about my experience and asked if he had heard me screaming. He said he didn’t hear me at all.”
– Brian Whitt, Alpha Epsilon Pi

Thanks, Grandma:
“So my grandma (dad’s mom) died September of my senior year of high school and after she died, I got her car. It was an ‘08 Honda CRV, so it was pretty new and in really good shape. Whenever I drove it at night, the headlights would sometimes be weird and wouldn’t turn on.
We took it in and they ran a bunch of tests on the car but couldn’t find anything wrong with it. We joked that my grandma was haunting the car, but I didn’t actually take it seriously. So one night I was driving back from my friend’s house and the lights just randomly shut off. It was pouring and pitch black outside, and I was on a really dark, winding road, so I pulled over. It was super creepy, but just for the heck of it I decided to talk to my grandma and ask her to turn the lights back on because I was afraid and needed to get home. AND THE LIGHTS TURNED RIGHT ON.”
– Perri Burka, Alpha Gamma Delta 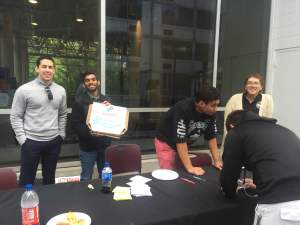