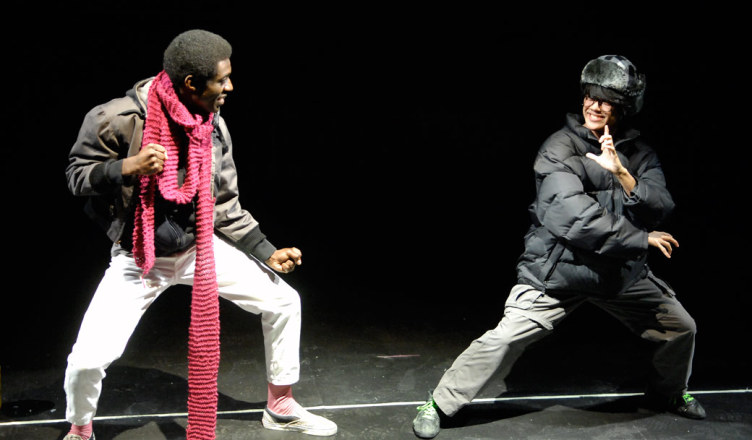 Towson’s Department of Theatre Arts is currently working to put together three main stage performances for the spring semester.

The first two are part of the department’s regular program, with the last performance, commissioned by the New York-based Acting Company, having been in production for the last two and half years, said professor and chair of the Department of Theatre Arts Robyn Quick.

The first show, “Polaroid Stories” directed by Towson associate professor David White, is an adaptation of Ovid’s “Metamorphoses” by Naomi Iizuka. It “brings together classical storytelling with contemporary stories,” said Quick, by combining figures from “Metamorphoses” with “the real-life stories of kids living on the street yearning for transcendence,” according to its summary.

“Metamorphoses” is an epic poem that tells the plotless-but-historically-chronological account of over 250 myths dating back to the Roman Empire. “Polaroid Stories” is structurally similar, following the stories of a number of “dreamers, dealers and desperados” surviving on the outskirts of a city, according to the play’s summary.

Tickets will be available in the spring. “Polaroid Stories” begins with a preview on March 8 and runs until March 16.

The spring musical, “Cabaret,” directed by professor Stephen Nunns, promises to “reflect on politics,” said Quick, in a way that seems more relevant than it might have been even just a year ago.

Guided by the Emcee, the audience will be taken to the seedy Kit Kat Klub in 1930’s Berlin. The Tony-award winning show follows the story of the alluring Sally Bowles and the infatuated write Cliff Bradshaw as they navigate an increasingly turbulent political and social climate during the beginning of the Third Reich. Audience members can expect to laugh at provocative songs like “Two Ladies,” tap their toe to the catchy hit “Money,” and find themselves caught off guard by the poignancy of “I Don’t Care Much” and “Cabaret.”

“Cabaret” begins May 4 and runs until May 13. Tickets will be available in the spring.

Towson has been pleased to host The Acting Company, a classical touring company that has commissioned award-winning poet Marcus Gardley to write “X: Or, Betty Shabazz vs. the Nation” to be performed in conjunction with “Julius Caesar,” directed by Devin Brain.

Directed by Towson theatre arts graduate Ian Belknap, “X: Or, Betty Shabazz vs. the Nation” focuses on the assassination of Malcolm X. The show draws upon the “themes and structure” of “Julius Caesar,” and the two shows are “meant to live in conversation with each other,” said Quick.

Towson and The Acting Company have been working on the project for two and a half years, according to Quick. The Acting Company developed a new model of touring in which they building relationships with communities they visit over time. With Towson as the “anchor institution,” they partnered with Morgan State, Bowie State, and CCBC as well as some local high schools to use artistic residencies and outreach “as a way to generate conversation about politics, about rhetoric, about government, about social change,” Quick said.

The interconnected themes of “Julius Caesar” and “X” have to do with both men being assassinated due to, it’s believed, a coup, as well as themes of tenuous political climate, leadership and social justice.

“We might be talking about [these themes] in different ways than we thought we would years ago, when the project was first started.” Quick said.

The Acting Company will be at Towson for artistic residencies as well as community outreach in the spring.

“X” and “Julius Caesar” will be performed on March 3 and 4, respectively, in Stephens Hall. Local high schools will be invited to see a matinee of the shows on March 6 and 7. Tickets will be available in the spring.