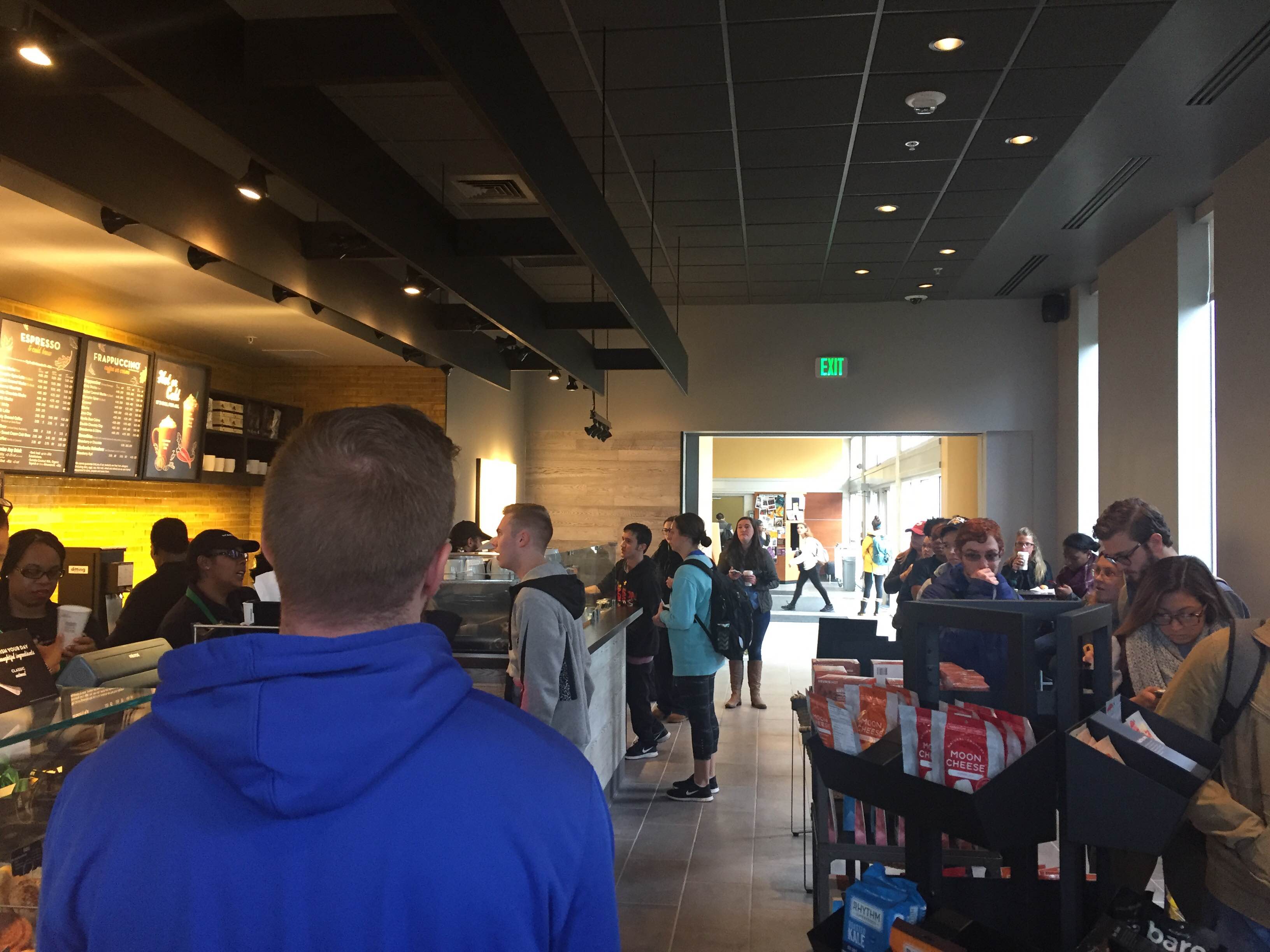 Following renovations that began over the summer, a newly renovated Starbucks officially opened in Cook Library on Oct. 26.

The renovations include a full service menu of drinks and food, as well as an expanded seating area. The project has also brought gender neutral restrooms to Cook for the first time.

“I was here for a summer class and I had no idea that they were closed,” senior Lacey Velleggia said. “It’s convenient to be able to get whatever kind of fun coffee drinks. Their food is pretty good, for what it is.”

In a Towerlight survey sent to students on October 10, almost 72 percent of respondents said that construction at Newell, the Den and Starbucks has affected dining on campus, with many students specifically citing longer lines and less options at other locations.

“I love the Den and Starbucks,” one respondent said. “I would have spent more money on campus this year if it was open.”

The library Starbuck’s was originally supposed to open on Oct. 25, however, the company’s district manager was not satisfied with the level of training for their associates, and felt that they needed another day of training to meet their brand expectations, according to Associate Vice President of Auxiliary Services Dan Slattery.

By mid-afternoon on its opening day, sales had exceeded $2000, and the facility was running between 15 to 35 customers consistently throughout the day, Slattery said in an email.

“It’s nice to have somewhere to get food and a cup of coffee in the middle of campus, and not have to go to Au Bon Pain,” said senior Danny Crerand.

Student reactions to the reopening have been generally positive, especially on social media.

The renovation is part of a phased construction project at Cook, slated to conclude midway through the spring 2017 semester.

The first portion of the project relocated the Circulation and Interlibrary Loan services to the right side of the 3rd floor, where students can now reserve, borrow, return or request items in one centralized area.

The next phase of the project will introduce a OneCard accessible 24/7 study space at Cook, which will include new computers, wi-fi and areas for both independent and group study.

Construction on this phase will begin in January.