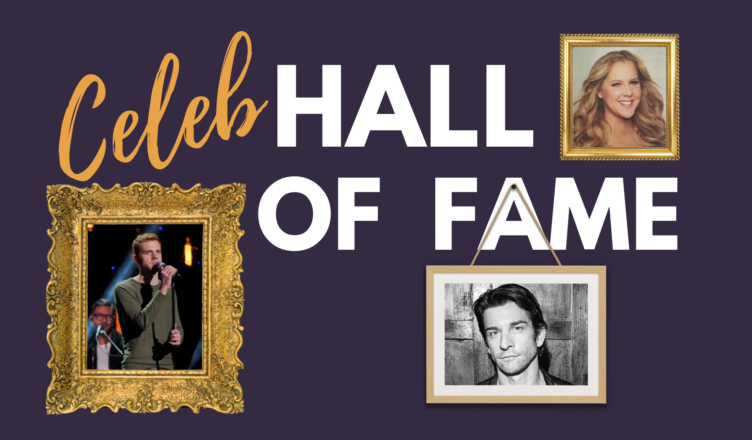 Baltimore native Andy Karl is a Tony-nominated Broadway performer. Karl first stepped into the world of theater by joining a local youth performance group. After attending Towson High School, he continued pursuing theater by studying at Towson University (TU). Karl’s pursuit of a professional career in theater was inspired by TU director Todd Pearthree, who directed a summer production of “Grease” at TU.

In 2000, Karl debuted in “Saturday Night Fever” on Broadway. After returning to Broadway in 2006, Karl starred in various shows, including “The Wedding Singer,” “Legally Blonde,” “9 to 5,” and “Wicked.” From 2011 to 2013, he took on a major role in Broadway’s “Jersey Boys” as Tommy Devito. Karl took to TV in 2015, playing Sergeant Dodds on 15 episodes of “Law and Order: SVU.” He’s been nominated for three different Tony awards, and has won two Outer Circle Critics Award, one for Outstanding Featured Actor in a Musical and one for Outstanding Actor in a Musical.

From small time productions to one of the nation’s most popular late night shows, Katie Beatty completely transformed her love for theater into a full time job. After spending summers participating in local shows, Beatty got involved in the costume design side, helping with the wigs for the performers. She graduated from TU in 2006, after completing her BFA in acting and costume design. During her time at TU, she directed shows and participated in an internship at Baltimore Center Stage specializing in wardrobes.

Beatty has worked on 14 different Broadway shows and six Tony Award shows during her time in New York City. She has also worked on the Emmy and Golden Globe nominated show “Billions” while working as a wig designer for “Saturday Night Live” (SNL). According to Beatty, her studies and summers during TU productions allowed her to connect with multiple people in the wig design business.

Jeremiah Lloyd Harmon, a transfer student to TU, participated in Season 17 of American Idol competition in 2019. Originally from Catonsville, MD, Harmon had a popular audition tape that gained a lot of popularity on social media. He made it to the Top 6, where he was eliminated from the competition. While on the show, Harmon performed with singer-songwriter Katy Perry. She even tweeted about his audition when he first started.

Harmon gave a lot of credit to the support of the TU community in his singing career.

Towerlight alum Brian Stelter studied journalism at TU and served as Editor-in-Chief of The Towerlight from 2005 to 2007. While at school, Stelter created a news blog called TVNewser. He then sold the blog to another company which then became a part of Adweek. After graduating TU, he went straight to working at The New York Times at the age of 21. Stelter’s next stop was CNN. At age 28, he became the news anchor for “Reliable Sources.”

He often praises TU and the community for helping him further his career.

“To me, there’s such a straight line from being at Towson, working on the school paper, being in my journalism classes, to here – to me being at CNN,” Stelter said. “All the things I was picking up at school are directly connected to what I’m doing now.”

Actress and stand-up comedian Amy Schumer graduated from TU in 2003. At TU, Schumer studied as a theater major. Part of the reason she chose to attend TU was because she believed that TU had a strong theater program.

In 2013, Schumer helped create, write and produce her own show called “Inside Amy Schumer.” With four seasons, she received five Primetime Emmy nominations for the show.

Schumer debuted the movie scene with her 2015 movie “Trainwreck,” which she received a Golden Globe Award for Best Actress in a Comedy for. Not only has Schumer dabbled in TV and film, but she published a nonfiction memoir titled “The Girl With The Lower Back Tattoo.” For two weeks, the memoir sat on The New York Times Bestseller List.

Best known for his work on “Dirty Jobs,” Mike Rowe transferred to TU in 1982 from a local Baltimore community college. Rowe decided on a communications major after taking multiple classes in various majors.

“[Towson] was just a place to go learn and try to figure out what the hell to do,” Rowe said.

After graduating from TU in 1985, he took a job with the then-Baltimore Opera Company. He spent six years performing but then auditioned as a salesperson for QVC. It wasn’t until 2005 when Rowe started working with The Discovery Channel, where he eventually worked his way to a steady series of “Dirty Jobs.” In this series, Rowe explored the reality of jobs all over the world. The series ran for eight seasons before ending. As of 2021, Rowe launched “Six Degrees with Mike Rowe” on Discovery+.