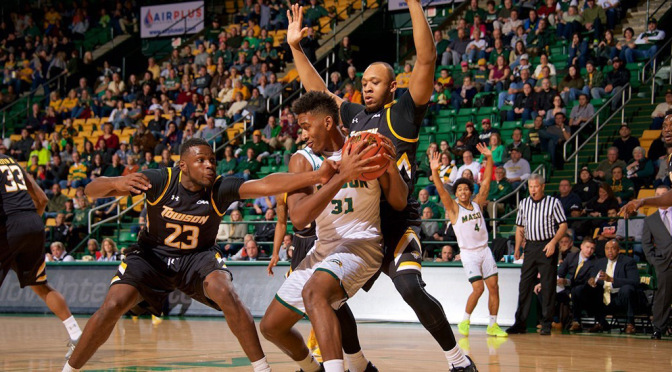 Towson began its 2016 season with a 67-61 victory over George Mason Saturday at EagleBank Arena in Fairfax, Virginia.

“It was a good team win,” Head Coach Pat Skerry said. “The guys played hard. Our offense was not as sharp as we would have liked it to have been, which is typical for a first game.”

The Tigers (1-0, 0-0 CAA) were locked in a close battle with the Patriots (0-1, 0-0 A10) midway through the game. With less than 10 minutes of play left in the half, junior guard Mike Morsell hit a jumper to bring the Tigers within two points of the Patriots.

As the half progressed, Towson took a 24-18 lead over George Mason. Senior forward Arnaud William Adala Moto, senior forward John Davis and Morsell each hit a layup to build upon the team’s lead.

Despite the Tigers run, the Patriots went into the locker room at halftime with a 31-30 lead.

In the second half, Towson and George Mason continued to battle back and forth. A steal by Morsell followed by a jumper in the paint from junior guard Deshaun Morman tied the game 37-37 with 13:51 in the game.

Midway through the second half, both teams continued to trade baskets. It wasn’t until late in the game that Towson began to create some separation on the scoreboard.

Junior guard Brian Starr sparked the Towson run with a layup that put the team up 54-51. A layup from Morsell and a free throw from Morman put Towson up 57-53 with 3:50 left in the game.

The Tigers crushed the Patriots’ chances of a comeback with 1:41 left in the game, when Moto sunk a three-pointer to extend the Tigers lead to 63-57.

Towson hung on to secure a 67-61 victory despite George Mason’s last ditch efforts. Moto led Towson in scoring with 22 points while Morsell was right behind with 21.

“Our defense and offensive rebounding were the difference makers,” Skerry said.

Towson will be back in action Tuesday against crosstown rival Morgan State before taking on Maryland at College Park Sunday. Tipoff against the Bears is set for 7 p.m. 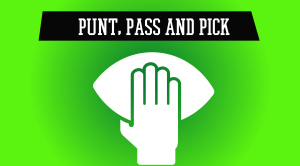