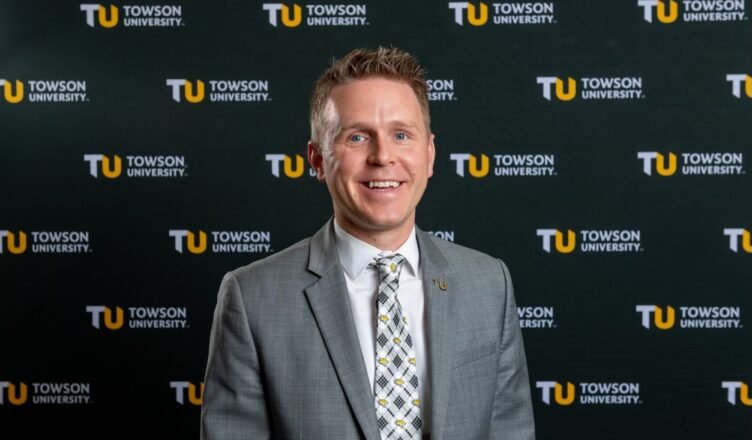 After being welcomed as the new Director of Athletics for Towson University (TU) at a press conference at SECU Arena on Feb. 15, Steven Eigenbrot started his new role on March 28.

“I wanted to hear people’s take on this place,” Eigenbrot said.  “I gave everyone five questions, kind of like a SWOT (strength, weakness, opportunities, and threats) analysis.  I wanted people to tell me about themselves…to get their perspective on this place and see what makes it great and what they want to see improve. I want people to know that I will be present and involved and that I will go the extra mile.”

When asked about the success of both TU’s men’s and women’s basketball teams and their appearances in the National Invitational Tournaments (NIT) , Eigenbrot said it had definitely made his start at TU exciting.

“Towson’s had success in football, both coaches are doing a great job with their basketball programs and I knew that, that’s what got me here, quite honestly,” Eigenbrot said. “I think we’ve got to work on building our representation and being consistent, but coming in fresh off the success of those two teams was pretty good timing for sure.”

Being the Deputy Director of Athletics at the University of South Carolina for the past 12 years, Eigenbrot said he believes he can continue his success and strengths with the athletics department at TU.

“I think one of my strengths is my approach toward communication,”  Eigenbrot said. “I’m on the listening tour right now, listening to people talk about what this place needs…[and] making sure that they feel like they are in the boat and we are all rowing in the same direction. I’m excited to lead and I look forward to holding up the end of my bargain.”

When asked about the atmosphere and presence of TU so far, Eigenbrot said one word came to mind: “swagger.”

“We got to tell the start of the narrative, that being a Towson Tiger is awesome,” Eigenbrot said.  “I think I have an obligation to the university, to this fan base, to try and do all I can to make sure people understand how awesome I think it is to be a Towson Tiger.”

With this new position, Eigenbrot looks to help TU athletics continue to be in a position to be in the top of the CAA.

“Across the board is certainly where we want to be,” Eigenbrot said. “And my job is going to be to make sure our coaches have the resources to do that.”