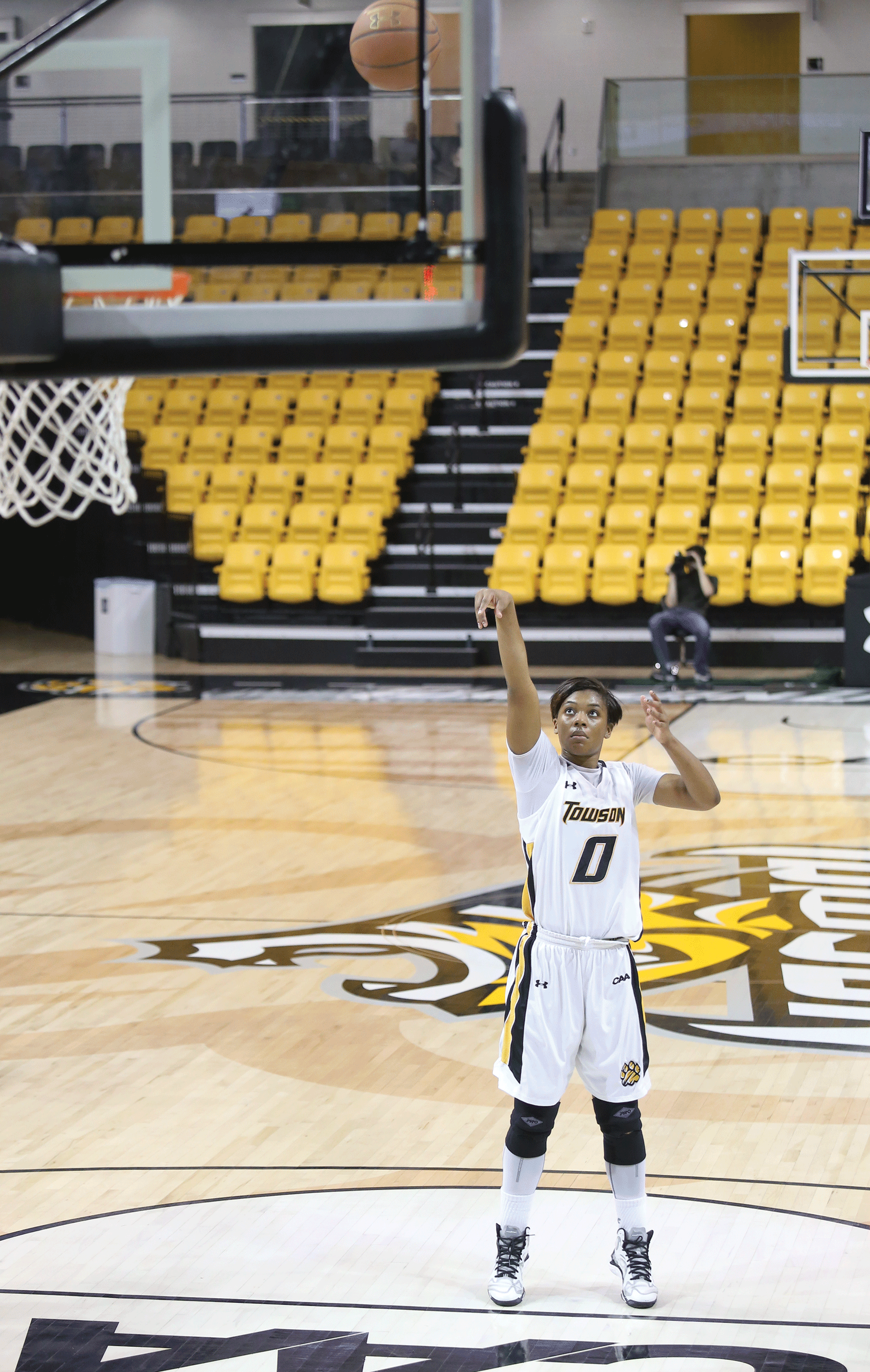 The Tigers opened their 2016-17 season with a 90-56 win over University of Massachusetts, Lowell Friday at SECU Arena.

Towson came out in a full court press and forced UMass into several turnovers to take an early 11-2 lead. Senior guard Raven Bankston had nine of those 11 points.

“We really committed ourselves to defense,” Head Coach Nikki Geckeler said. “One of the biggest stats that sticks out to me is 31 turnovers. We turned them over 31 times.”

The Tigers controlled the glass throughout the rest of the quarter, getting second chance points. The Tigers continued to play suffocating defense which helped them take a 24-16 lead into the second quarter.

When the Hawks got open shots, they struggled to connect and were held scoreless for the first six minutes of the half.

Towson led 41-22 going into the half behind strong defense and scoring from Bankston, who led the team in scoring with 17 points.

“It is my senior year and I’m just happy to get back on the court with my teammates,” Bankston said.

The Hawks had more success scoring in the second half, but couldn’t stop the Tigers from scoring at the perimeter.

Towson hit four shots from beyond the arc and led 67-41 heading into the fourth quarter.

That lead proved insurmountable as the Tigers managed to close the game out. Bankston ended her impressive night with a career-high 31 points as the Tigers won 90-56.

Towson’s next game will be at Wagner on Thursday at 7 p.m.