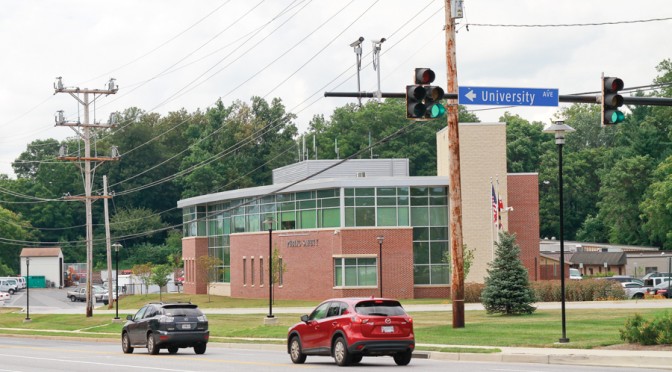 Towson student Garrett Grubb was struck by a van while crossing Towsontown Blvd on July 23, and transported to Sinai Trauma Center for treatment, according to Baltimore County Police.

The accident occurred around 4 p.m. as Grubb was crossing the intersection of Towsontown Blvd and University Ave. An email from Towson’s Director of Communications and Media Relations Ray Feldmann stated that Grubb was later relocated to Johns Hopkins Hospital in Baltimore where, as of Aug. 7, he was reported to be in recovery. No additional updates on Grubb’s current status have been released since that time.

A fundraiser to help Grubb’s family pay for additional expenses such as travel and lodging was held in Paws on Friday, August 7, according to Feldmann.

Facilities Management, where Grubb worked on campus, organized the fundraiser and raised approximately $4,400 the family, Vice President of Administration and Finance Joe Oster said in an email. Both the University and Grubb’s family have declined to comment at this time.