Unlike shootings in the past, the shooting at Marjory Stoneman Douglas High School in Parkland, Florida, has not only revived the conversation around gun reform but has sparked the larger #NeverAgain movement to enact legislative and cultural change.

Student survivors sprang into action almost immediately following the events of Feb. 14. Four days after the shooting, #NeverAgain movement founder Cameron Kasky announced on CNN that he and other students would be marching in Washington, D.C. and other cities on March 24, to demonstrate in favor of gun reform.

The march, which has been titled “March for Our Lives,” has marked a growing call for legislators to vote for gun control measures and to stop accepting money from the National Rifle Association.

Since the events at MSD, shootings have occurred at other schools as well. A Central Michigan University student was arrested after allegedy killing his parents inside a dorm room on March 2. In a separate incident, Courtlin Arrington, a senior at Huffman High School, was shot and killed on March 7 at her Birmingham school.

As students across the country prepare for the March for Our Lives, as well as a student walkout on March 14 at 10 a.m. local time, exactly one month after the MSD shooting, Towson University and other institutions are demonstrating their support for prospective students’ rights to express themselves.

Towson University tweeted from their official account on Feb. 27, that TU applicants will not be penalized for peacefully protesting.

“We share the [University System of Maryland’s] strong support for free speech & civic engagement,” the tweet reads. “Any current or future applicant to TU can be assured that their application will not be affected in any way by their participation in peaceful protests or the exercise of their free speech rights.”

Some TU students are preparing to attend the March for Our Lives in D.C. over spring break.

Freshman Lucaya Lamphier is a pre-early childhood education major and is attending the march to create a safer system for her future students.

“In terms of gun control, I think it’s ridiculous that the NRA is okay with risking lives in defense of an amendment written when guns fired a single shot before having to be reloaded,” Lamphier said. “I want to go to march to protect others and keep schools safe. I’m studying to be a teacher, not a sharp shooter.”

Sophomore Carlie Brock is an early childhood education major and family studies minor. Brock wants to stop any other shootings from happening.

“I’m attending the March for Our Lives on March 24 because the words of the famous Bob Dylan song still ring true over 50 years later: ‘How many deaths will it take ’til he knows that too many people have died?’” Brock said.

Brock said it’s up to young people to fight for stricter regulations on guns.

“I want our generation to be the ones that places stricter background checks on American citizens, bans assault weapons, and stops supporting politicians who are taking money from the NRA,” she said.

Freshman Katie Knotts, who is majoring in electronic media and film, said “owning a gun should be like owning a driver’s license.”

Knotts advocated for requiring gun owners to pass a written test, a practical exam, a psychological examination, several weeks of classes on gun safety and storage, and recurring mandatory reevaluations.

“I have absolutely no problem with guns, but it is far too easy to get one in this country and too often they end up in the hands of the wrong people,” she said. “And most recently, it’s been my generation that is feeling the pain.”

Knotts said she will be attending the March for Our Lives, and that she would also attend the student walkout if she had classes to walk out of that day.

Knotts noted that she and loved ones have lived during several school shootings, and she said she wants to put an end to any more from occurring in the future.

“In the end, it’s as simple as this: I had just moved away from Fort Hood when its 2009 shooting happened,” she said. “My little sister was eight when Sandy Hook happened. I just turned 19 and there are still kids like me paying the ultimate price in the name of people’s ‘rights granted by the Second Amendment.‘ I am done being silent, and that is why I will march.” 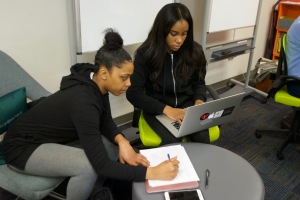 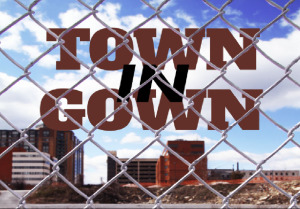