Last week I gave you my reviews of some of the popular albums that came out in June. Here are the big ones that were released in July and August.

This is the album that you listen to while relaxing on the beach on a sunny day in July when you have the day off of work, and it’s hot but there’s a cool breeze and everything is basically perfect, just like “Currents” is.

And while the sounds are so pretty and psychedelic, the band’s founding member Kevin Parker, vocalist/guitar-and-kazoo-player, is as experimental as much as he is a perfectionist. His songs are electronic and modern but include a retro sound from the bass and guitars—which mesh together so well despite being a complete conglomeration of 2010s and 1970s music.

Even if you only listened to “Currents” on sweltering summer afternoons when there was nothing better to do, it’s the kind of album that demands to be revisited again and again.

Especially as a college student, at the start of a new school year, when Parker’s words couldn’t hit home more. In the song “Yes I’m Changing,” for example, a statement as simple as, “They say people never change, but that’s bulls**t. They do,” sounds like philosophy-laden poetry coming straight from the mouth of a messiah or something.

When I first heard the premier track of Carly Rae’s “Emotion,” “Run Away With Me,” I was surprised by how much I liked it. I do have a soft spot for saxophone-heavy pop songs, but even more, this song was a welcome change from the repetitive (boring) hit “I Really Like You.”

Jepsen’s voice is sweet and lilted, and on “Emotion,” she goes from lust and desire, to triumph in her romantic exploits, to whole-hearted honesty about her “Boy Problems.” “Boy problems, who’s got ‘em? / I’ve got them too,” she sang.

When “Call Me Maybe” came out in 2011, many speculated that Jepsen would soon fall into the dreaded one-time, pop-star abyss that’s known as being a one-hit wonder.

But “Emotion” is a really good album, catchy and filled with potential hits. Co-writers include the indie likes of Tegan and Sarah and Vampire Weekend’s Rostam Batmanglij, but the songs are still fun, upbeat pop numbers that need to be danced to.

“@apunkfemme: Day 28: Frank Ocean’s album is still not here. Children are dying and parents are crying. The future looks dark.”

“Day 29: Frank Ocean’s album: Missing. The earth is dry. Only our tears can hydrate us. The pain is unbearable.”

Frank Ocean fans took to Twitter in late July, anxiously awaiting the album that was to be released on an unknown date that month. Then it was August, and still nothing. It’s now September, still early on, and Frank Ocean fans are still swimming in an ocean (ha, ha) of their own tears and disappointment.

Ocean posted a photo to his Tumblr months back of him posing with the magazine “Boys Don’t Cry,” the picture captioned with #album3 and #july2015. Many speculated that would be the title of his upcoming studio album, but, for now, we’re still in the dark. 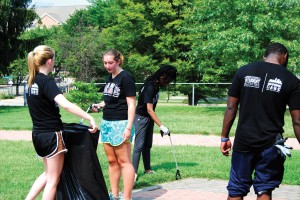