In 2015, former Carolina Panthers quarterback Cam Newton was the MVP of the league and took his team to the Super Bowl. Now, he’s currently a free agent and his career appears to be in jeopardy. The Panthers were unable to find a trade partner for him, but there should be a few teams interested in his services. The Los Angeles Chargers have been rumored to be interested, but what about the Pittsburgh Steelers?

Yes, the Steelers have quarterback Ben Roethlisberger. He’s their all-time leading passer and is likely a first ballot Hall of Famer. But he’s also coming off of elbow surgery and, at 38 years old, isn’t getting any younger. Pittsburgh has a lot to offer someone like Cam on both sides of the ball. If he’s willing to take a pay cut and be the backup, he’d easily be the best backup in the league. If Roethlisberger either gets hurt again or father time catches up to him, Newton would be set up with some weapons to be effective with.

Running back James Conner is not only a great story, but he’s also showed flashes of being a great player. He battled and survived cancer while in college, and in his second NFL season made the Pro Bowl. Last season, he injured his knee and shoulder and missed six games. He only rushed for 464 yards, but assuming he’s healthy Conner is a talented player that will contribute. Pittsburgh also has running back Benny Snell, who rushed for 91 yards on 18 carries against the Baltimore Ravens to end the season. The Ravens rested most of their starters, but Snell’s performance proved he’s capable of producing at this level.

Pittsburgh has traditionally had a top offensive line, and it was the case last season. They finished as a top-three pass protecting unit according to Pro Football Focus, and a top-ten group overall. Led by guard David DeCastro and tackle Al Villanueva, they should remain one of the best offensive lines for the next few years. Considering the injury history Newton has, I think having this group would be really beneficial for him.

The Steelers pride themselves on defense and have had some of the greatest defenders of all time wear the black and yellow. The 2019 version finished top five in both yards and points allowed. Led by linebacker T.J. Watt and defensive end Cam Heyward, Pittsburgh should continue their success. They have a very young unit, and their youth reminds me of the 2015 Carolina defense that helped Newton reach the Super Bowl. It’s clear that defense wins championships, and if the Steelers continue playing a high level their seventh Lombardi doesn’t seem out of reach. Plus it doesn’t hurt to have a former Towson Tiger on your roster, as safety Jordan Dangerfield just signed an extension with Pittsburgh.

The Steelers have missed the playoffs in the last two seasons, and I think they need a spark to reignite them. Roethlisberger won’t be the quarterback forever. We already saw his 2004 draft mate in quarterback Eli Manning call it a career, he’s not too far behind. Newton is only 30, even if he sits a few years he could still play for another five or six years. I don’t think he ends up in Pittsburgh, but I think it would be really interesting to see. 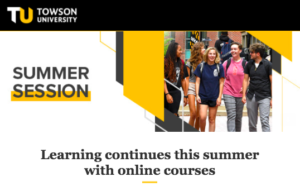