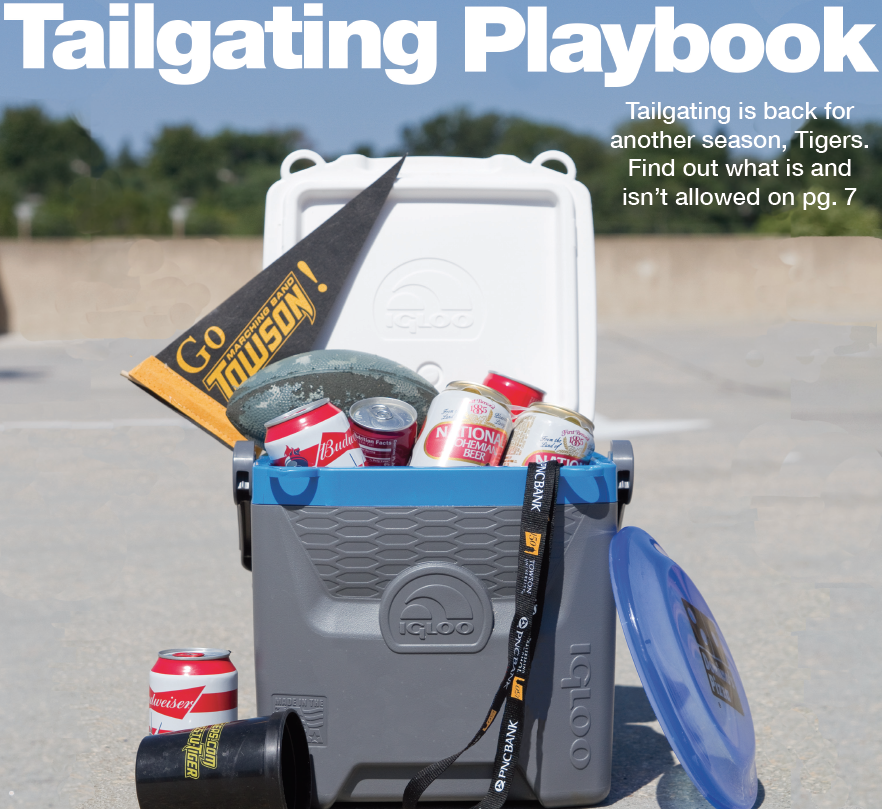 October 2015 is going to be a huge month for Towson football, according to Director of Athletics Tim Leonard.

The Tigers take on their three biggest rivals, James Madison, Villanova and Delaware, all at home and all within four weeks of each other. To add to that, the JMU game falls on Parent’s Weekend, Villanova is the Homecoming game and the game against Delaware is on Halloween night.

Yet after last year’s tailgating policy debacle, combined with a 4-8, 2-6 CAA season slump, Towson University and some members of the community are interested to see how many turn out for the first home game of the season this Saturday, Sept. 12, against Saint Francis.

“Obviously last year there were some challenges and so we have taken a much more involved stance to ensure that all of our fans have a good experience,” Leonard said.

On Saturday, Sept. 27, of last year there were no more than a dozen vehicles in Lot 14 prior to the game, according to The Towerlight’s count published last year, and Director of Communications and Media Relations Ray Feldmann said that only 27 vehicle passes were given out to students for that day.

The vehicle passes were part of new tailgating guidelines that came about following a student injury at a tailgate that led to a lengthy conversation between student leaders, administrators, like Vice President for Student Affairs Deb Moriarty and other members of the President’s Council, where an outright ban on student tailgating was briefly proposed.

However, after two days of discussion, the President’s Council chose to instead improve and refine existing tailgating policies rather than suspend student tailgating.

For that game, pick up trucks were not permitted in the lots and students interested in bringing a vehicle were required to attend a seminar in order to receive a parking pass.

No open containers were allowed, and students who were of age were allowed only one six-pack of beer or 24 ounces of wine.

The ban on pick up trucks was lifted, and lots 13 and 14 are “general admission,” so parking passes are no longer necessary. The policies related to alcohol are still in effect.

As the first home game of the season approaches, Associate Vice President for Campus Life Teri Hall said that she hopes they have created a plan that they can stick with for this semester.

“It’s not that anything has changed,” she said. “It’s that we’re trying to help students understand: you go to Lot 13 and 14 as a precursor for going to the football game. It’s not just about going up there for a day drink.”

Student Government Association President Kurt Anderson said that often the misunderstandings between students and administration occur when students assume that a college tailgate is equivalent to “this big, outdoor rave.”

“You go to WVU or any other school – people have this perception that it’s a huge rave, but it’s not – you’ve got eight people, playing cornhole and drinking a beer. It’s not a huge party,” he said. “That’s the huge thing that’s frustrating to me, dealing with the perception.”

Administrators, like Hall, he said, have spent a lot of time trying to explain to students what exactly a tailgate should look like.

“I want lots of people there, I want people hanging out by their cars, having fun, tossing a football. I don’t want an empty lot,” she said. “I want a lot full of people who are enjoying themselves – and then it is the precursor to going to the game.”

Leonard agrees, and said that tailgating is “part of the college experience.”

“I just think it is a big part of our American culture,” he said. “We want kids to come out, socialize, have a great time, we want them to be responsible, but if everybody comes out and has a great time, there’s nothing like it. There’s nothing better than coming out on a Saturday afternoon in fall and grilling out with your friends, and then going to root on your team.”

Creating energy in the stands is crucial to the team playing on the field, and Leonard said that the players feed off of that extra energy.

“We want our students to come out and be a part of [the tailgate], but we also want them in the stands and to help cheer on our football team because they also play a big role in that as well,” he said. “We need them.”

The Athletics Department has set both some long and short term goals for themselves, and according to Leonard are doing a number of things to help reach their goal of seeing 5,000 students at each game.

From blanketing the campus to promote the game, handing out free t-shirts to the first 3,000 students who get into the game, and working closely with parking services, campus police and student activities, Leonard feels that the changes they have made this semester will create a “much smoother operation that’ll make it better for everyone.”

“I think the most important thing to do is provide outstanding customer service, not only to our paying patrons but also to our students,” Leonard said. “If people come and they can’t find parking, they get harassed at every turn, they can’t bring this into the stadium, or that into the stadium, it makes for a negative experience and we don’t want that.”

Creating a focus on engaging the community is also one of the department’s goals Leonard said, which they hope to do by creating a theme at each game to honor individuals such a local first responders, military personnel, The Red Devils organization and other community partners.

During a meeting with The Towerlight, Interim President Timothy Chandler expressed similar desires.

“I am very keen to do that,” Chandler said. “I want us to be a place that contributes to the community.”

Towson alum and President of the Greater Towson Council of Community Associations Mike Ertel said that he’d like to see the university reach out to include the community in on-campus game day activities.

“My immediate reaction is that tailgating should be on campus,” he said. “The University needs to have controls. I think that if they have ridiculous controls, it tends to push students to tailgate elsewhere.”

He said that the community would prefer to see tailgating happen on campus. The university supports that preference.

“Our hope is that students are going to make good decisions on campus and off campus, Hall said.  “Our emphasis is really about the people that want to come to the game, we want them to have a good experience.”